The Context of Geneva

Geneva is strategically located at the center of Europe on the border between Switzerland and France. It is just 3 hours by train to Paris, Milan and Zurich. The international airport is 5 to 10 min by train from the centre, and has direct flights to Europe (Easyjet’s European hub), Asia, Africa and America.

Geneva is one of the most dynamic agglomerations in Western Europe. Its population has grown over 30% in 30 years and now represents 1 million people (half in France and half in Switzerland). The city has about 200,000 people, with a density of 12 589 per km2, which is comparable to Barcelona or Brooklyn.

Nearly half of Geneva’s population is foreign, and even those who have Swiss citizenship are often of mixed origins. Geneva is home to the UN European headquarters, around which gravitates a vast ecosystem of international organizations and NGOs, including the World Health Organization, the World Trade Organization, the UN High Commission for Refugees, the Red Cross, and Amnesty International.

The city attracts a highly educated and cosmopolitan crowd composed of diplomats, aid workers and consultants. The banking, watchmaking, new technologies, and pharmaceutical sectors contribute to the region’s economic pull. This population is looking for flexible working spaces and spaces of interaction that the city currently lacks. 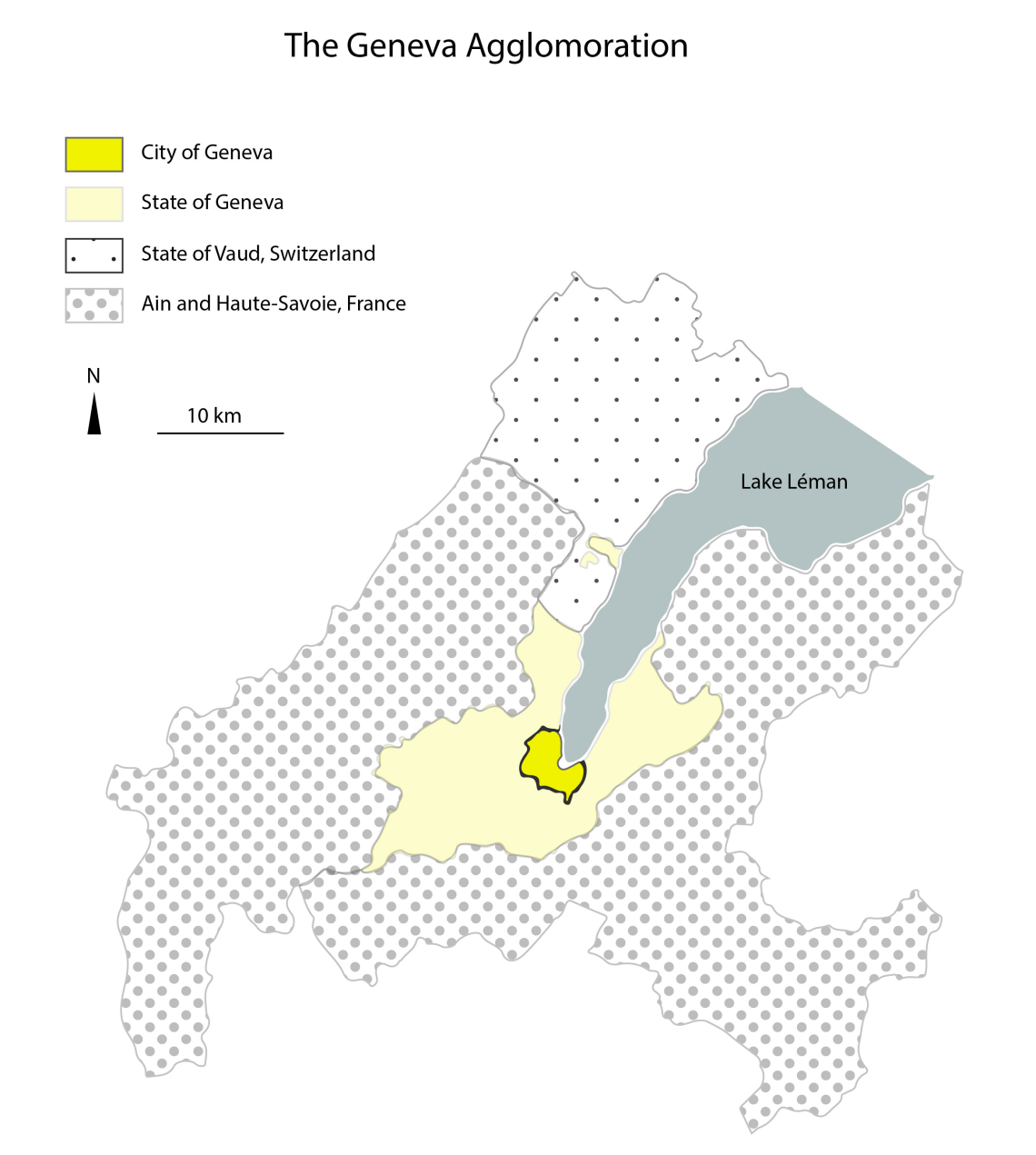 The PAV project is one of the largest urban development projects in Europe. The area represents 230 ha. designated for large scale mixed use redevelopment and 2 million m2 of buildable space, comprising of spaces for 6400 new jobs, 12,400 homes (of which about a quarter will be affordable housing), and new public spaces. The site is connected to the region by a major new metro system. City planners are working towards integrating cultural actors into the conceptualisation and co-construction of several new neighbourhoods.

The PAV is divided into 4 sectors, each of which has its own distinct functions and identity. The densest part of the PAV is called l’Étoile (meaning “the Star”). This sector is conceived as Geneva’s new downtown, with ambitions to be iconic, exceptional and unique to Geneva. Thousands of square metres will also be dedicated to public spaces as well as social and cultural activities. The plan envisions the construction of two 170m high towers which would be the highest in Switzerland. A particularity of this sector is that it is not subject to zoning, which means that it can accommodate all kinds of mixed typologies and that projects will be subject to a faster planning process.

The first block (Block A) in l’Etoile will accommodate 41,400 m2 of housing, 12,400 m2 of workspace, 5,200 m2 of commercial space and a few thousand m2 for public infrastructure (most of which could be dedicated to cultural activities), along with large outdoor open public spaces. It is one stop away from the central station and less than a 15 min ride to the airport and the UN. 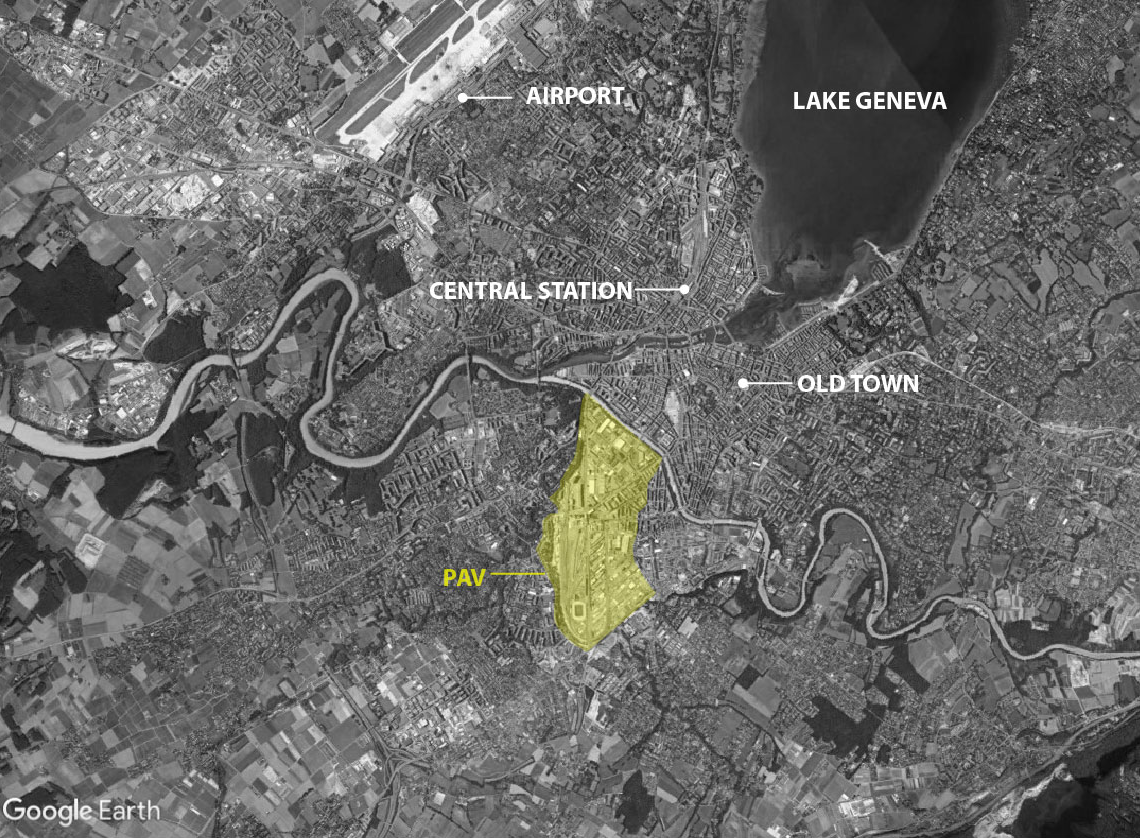 urbz was mandated by the State of Geneva and the municipalities of Geneva, Carouge and Lancy to Identify synergies between culture, activity, housing and public spaces and produce a concept for Block A in the Etoile perimeter. We are currently talking to a broad range of local and international experts including artists, developers, researchers, innovators, and institutions, and involving them in the co-creation and co-construction of the project. Along with a series of interviews, we are inviting specific actors to three focus groups on the following topics:

This focus group explores how cultural actors from Geneva and other parts of the world can contribute to producing a neighbourhood focusing on creation and innovation. It brings together local cultural collectives, representatives of international organizations, political refugees, and research institutions. 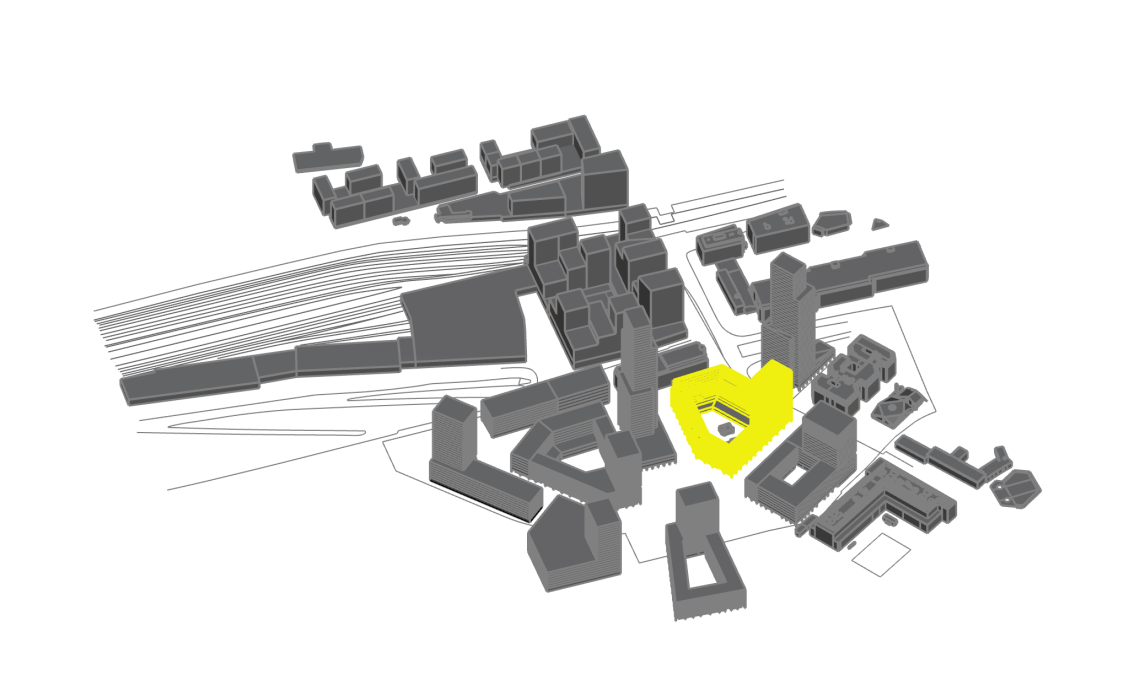 The Urban Typhoon workshop in Kochi is open to all citizens and visitors interested in working in urban areas and are willing to engage with communities participation. Together we will explore the challenges and opportunities that this historical and rapidly developing city is facing. The objective is to produce creative alternatives for the future of Kochi. The workshop will be held at various locations across the city starting from Folklore Cultural Theater, Fort Kochi.