The housing conditions in Dharavi have some striking similarities with the late 19th century working-class neighbourhoods in Berlin. In this article, parallels have been drawn between the two.

Arriving in Dharavi for the first time one gets overwhelmed with the hustling and bustling atmosphere. The crowded, narrow streets which do not follow any obvious patterns, the countless small-scale vendors and artisans that offer a manifold range of products and services for sale;. paired with a countless number of smells and fragrances, and accompanied by a cacophony of sounds, Dharavi is one of Asia's largest self-built neighbourhood. The most pressing and obvious issue here are the spatial constraints and the density of the population and houses. As I begin to learn that people from all over India migrate to this neighborhood in the search of work opportunities, images from my German history classes come to mind. Surprisingly, the housing conditions in Dharavi have some striking similarities with the late 19th century working-class neighbourhoods in Berlin. In the following text, I am going to draw parallels between the two.

In the late 19th century, the working-class neighborhoods of Berlin were in devastating conditions. Very often families would live, sleep and cook in a single room, in very confined spaces. During the day, the sleeping place would be assigned to a shift worker, a so-called “sleeper”, who can only afford the rent for a place to sleep. The reason behind the spatial issues was the massive migration of rural population to the cities during the 19th century. This migration was caused by the so-called “liberation” of the peasants, which had relieved them from their drudgery only to push them into unsecure social and financial future. Simultaneously, the ongoing industrialization promised new working opportunities in the cities. The cities, which were not equipped for this, were initially unable to cope with the arrival of so many new residents. In retrospect, this phase was described as “urbanization”.

Financial instability, confined spaces, over crowdedness, noise, heat, the lack of drainage and sanitary utilities- the dominant problems of the German worker-society of that time are somewhat similar to the issues the population of Dharavi must face today. The German worker neighborhoods also contributed to a separation of societal levels.

However, there were some key differences. In the late 19th century, the German workers would be employed by big scale industries and work in big factories, while the population of Dharavi thrives on their small-scale industries and handicraft. Also, the architecture of the houses in Germany was very different. The complexes in which the workers-society resided were called “Mietskaserne”.

These were big residential complexes, mostly containing up to four stories, with a purely residential purpose. The government’s inability to handle the insurgence of migrants was reflected in the mistakes made in the housing policy. These policies had resulted in a serious neglection of small apartment construction. For the workers class, the only way to afford a regular apartment was sharing amongst multiple residents, which resulted in insufficient liveable space and inadequate living conditions. The lack of housing and overcrowding in individual rooms reached an alarmingly high level. In Dharavi on the other hand, we find small houses and homegrown neighborhoods with a mix-use of residential as well as commercial activities. This mix-use function is essential for the residents of Dharavi, to maintain their businesses.

Today we can see that structural failures of architecture have continued to affect the present housing situation in large cities like Berlin. Instead of thinking of big housing projects to wipe out informal settlements from the city landscape and “transforming” them into “better places”, it is essential to study the fabric and complexity of such neighborhoods thoroughly. The several years of research and work in Dharavi has resulted in the Homegrown Street project. It tells the stories of the residents, how they live, work and build. The project recognizes the uniqueness and complexity of each of the houses. Instead of replacement, the center of attention lies on improvement through understanding. That’s how urbz has started to design improved versions of the homegrown houses in Sangam Gully, through collaboration with local contractors, artisans, and the house owners. The essence is to draw attention to different ways of urbanism, to recognize an urban fabric from inside, which is mostly overlooked from outside only, and to experiment with new ideas. 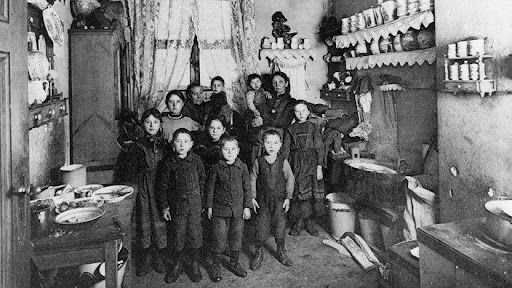 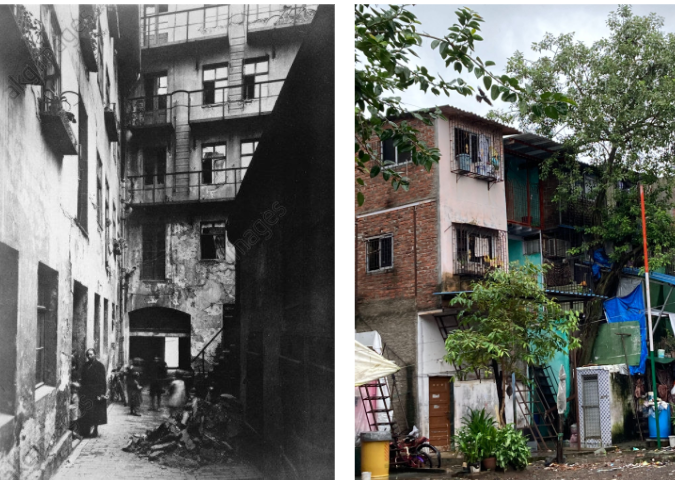