A common and expected reoccurrence every year, Dharavi has its own strategies to cope with the relentless monsoon 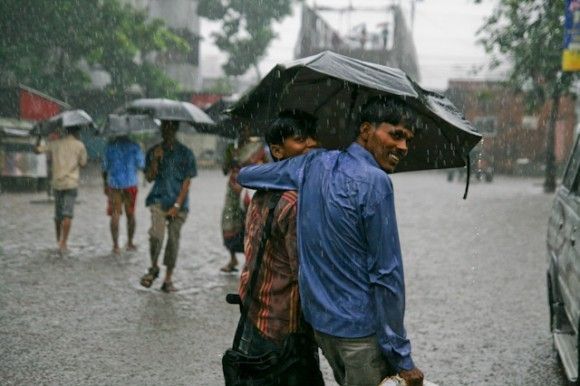 The monsoon season brings with it a mixture of relief from the hot weather that precedes it and a realisation and frustration with the problems of Mumbai’s infrastructure. Problems which are all exacerbated within and around Dharavi due to the poor drainage and cramped living and working spaces of its inhabitants.

No where to run from the rain

The location of Dharavi causes its first set of problems, as it is situated on what was once low lying marshland and close to the Mithi River, which carries monsoon waters from the whole of Mumbai to the Arabian Sea. There have been numerous and ongoing changes to the path of the Mithi river over the recent years, which at times have made conditions worse. It is the only river connected all the way from Vihar Lake to the Arabian Sea travelling a distance of nearly 17 kilometres, and the Mahim Creek is the only creek which balances the water level of Mumbai during heavy rainfall and during Mumbai monsoon time. Being the biggest drainage channel of Mumbai it discharges not just water but also contaminated substances, industrial and domestic waste. So when it floods, these other dangerous substances also leak into homes and work environments.

During the 1995 floods, when there was continuous rain for 3 days, the city came to a standstill. The size of the problem and the lack of government help was made clear as communities had to work together to solve the problems themselves and help each other to live and survive through the worst of it. With water up their waists in some areas, homes were destroyed and their belongings ruined.

It is not just the inconvenience and loss of livelihood caused by the monsoon that is a worry but also the diseases such as typhoid, malaria and fever which it brings. So the inhabitants develop strategies for coping. I spoke to one family who said that during bad flooding when the water was up to their knees, they had to use a metal cot to sleep all 5 members of their family above the water level. Their belongings were moved to higher levels, and during the day they just had to manage in knee deep water. Neighbours and friends help out as much as possible, and people living on the ground floor can sometimes seek refuge with friends or family living on the upper floors. If they are lucky enough to have another family house in the area which is faring better in the floods then the whole family (usually at least 5) will move in with their relatives to double the number of people living in an already tight space. Of course electrics and gas go out so cooking becomes impossible and at night time they live by torch light. 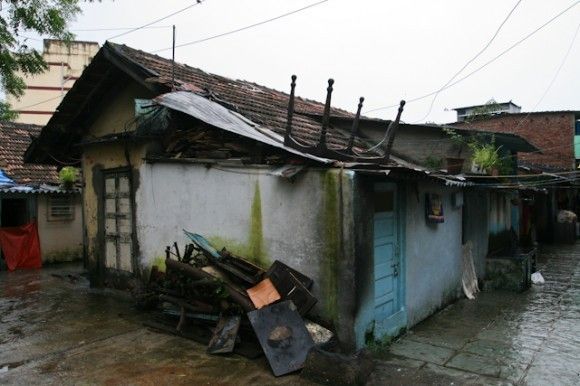 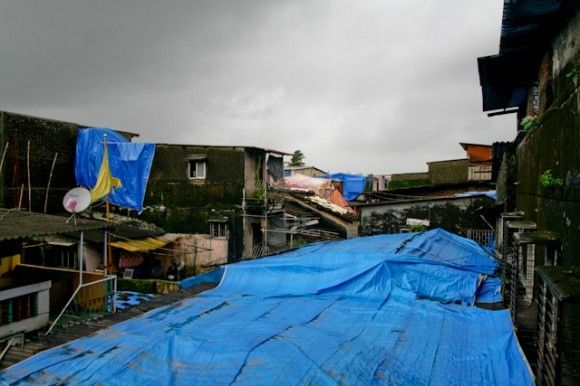 You will see walking through Dharavi that many houses are raised up from street level. Where they can afford it families who have done work on their houses will often raise the house by at least half a metre so that it does not flood so badly. Another trick is to build a temporary concrete or metal up stand in the front door, which is knocked down after monsoon season and rebuilt each year. This prevents the majority of flood water and debris flowing in from the street, but water can still seep in through gaps in the walls. Of course windows have no glass, so sack clothes are used to cover them and prevent rain penetrating so much with the winds. Roofs are covered in tarpaulins also to prevent leaks. Although these measures help they are mostly temporary and make-shift measures. What is really required is proper storm drainage and maintenance, along with good waste disposal and cleaner streets, to allow people to live their normal lives throughout the monsoons. They are no surprise after all and relentlessly return each year, so should be properly prepared for.