A preliminary exploration of Ranwar village, Bandra, one more example of the diverse habitats and typologies that make up the metropolis.

To understand more about Homegrown villages and communities of Mumbai, we visited Ranwar village. It is an old colonial neighbourhood, dating back to the eighteenth-century. The village is in Bandra, located between Mt. Carmel road and Hill road, adjacent to Chimbai village. It has a strategic edge in terms of its accessibility, while allowing for an escape from the bustle of city life.

The village has a cosmopolitan demographic, with varied occupations and eclectic lifestyles. The quaint streets are lined by vibrant houses fashioned in wood and stone. One may find a group of elderly men chatting behind newspapers and homemakers hand-picking fruits and vegetables from the carts.

Ranwar’s neighbourhood consists of around 42 houses with a population of approximately four hundred residents. The streets and houses have names like Hill Road and Veronica Street reflecting the local social history. Black boards indicate the names of the owners of the house, most of whom belong to the ‘East Indian’ community. Considered to be Mumbai’s original residents, their rich culture with a strong Portuguese influence is passed on from generation to generation. This is starkly visible in the joyous celebrations of Christmas with several tableaus erected on every nook and corner of the village, adorned in gleaming lights. There are also shrines built in memory of loved ones who are said to keep the evil eye out of the village.

St. Andrew’s Church is a prominent landmark and an integral part of the life of the village. Jude’s bakery, known for its bread and the striking graffiti wall acts as a gateway to the village. Just like Dharavi Koliwada and other urban villages of Mumbai, Ranwar is also a communitarian village.

The proportions and spatial logic of the village developed according to weather, functionality and human activities. The typology of habitation varies from cottage-style houses, bungalows to informal settlements in the inner parts of the village.

The street facades keep in touch with the urban fabric of the village- the graffiti art, small but maintained flower beds at corners, bright colours and old scooters all contribute to its ambience. The houses are clustered around narrow streets, opening up together to form small plazas. These open squares act as community gathering spaces. The houses and the community have grown organically and in sync, over time, creating a dynamic streetscape in and around the village.

The houses are ‘grounded’ in their approach- focusing first and foremost on their functionality of spaces. In comparison to the colonial legacy of Gothic buildings of South Bombay, the houses of Ranwar are rooted in a local ethos. The very fundamental elements of design are enhanced with the use of colours. The cold stones and warm woods are fused together with an array of animated hues that don’t overpower the building but accentuates them. The blank walls are brought to life by street art.

There is a lot more enchantment in the details. They bring out the spirit of Ranwar to life. Wooden stairways with intricate metal bannisters lead you to the upper floor. The higher balconies are arranged such that they face the narrow streets which enable the 'eyes on the street’ concept, making it a safe neighbourhood. The galleries become spaces of leisure and calm coupled with an evening cup of coffee or tea. Cobblestones and flagstones provide a harder edge to the rustic houses of Ranwar. The structure is completed by a sloping roof supported by rafters made out of teakwood and even metal to withstand the notorious Mumbai rains. As per the changing needs, many structures have been developed- an example of which is the added steel grilles for wooden windows replete with Air Conditioners to beat out the heat. Likewise, compound walls are built for demarcation and privacy.

As opposed to the incremental growth seen in Dharavi, Ranwar still has houses reaching a maximum height of two storeys. The major reason for the same is the difference in social class, economic activities and the history of the place. Dharavi- being an open ground for migrants has limited spaces for housing and income-related activities as well as more contested space. The families, thus, rely a lot more on vertical incremental growth.

Ranwar, on the other hand, is a ‘Gaothan’ area where most of the houses belong to the single-family East Indians. The houses in contrast to Dharavi are quite spacious and require no expansion. The people residing here are mostly white-collar employees who need not rely on their place of residence for income generation.

Ranwar is traditionally a residential settlement which has gained the title of being heritage over time. As seasons have changed, the scope of use of these vibrant houses has undergone a change too. The concept of mixed-use typology has slowly permeated into the structure of the village with a number of houses implementing their place of stay for monetary gains. Bakeries, convenient shops, cafes, studios, book shops, veggie and fish marts, medical shops, stationery and other essential shops have been retrofitted into the traditional houses, thus increasing densification in the sparse community region. These houses function as tool houses- commercial and rental on the lower level and residential above. Since the fundamental amenities are present in plenty, Ranwar can be termed as a 0 km zone.

It is easy to get lost in the meandering streets of Ranwar. The width of the road is fit for two cars at a maximum and the ones that allow none become snickets for pedestrians and cats. The place is frequented by felines who might accompany one's visit. Every turn of the street conceals an excitement- some Konkani dish for the foodie? wall art for the connoisseur? Books in galore for the nerd?

The houses bordering these tiny lanes evoke a bygone era, yet, with many of the facades emblazoned with enthralling graffiti, Ranwar demands a foot in the modern time. The tall walls engage the viewers in topics that range from light frivolity to political and social problems that need change. There is an establishment of open dialogue between the art (not necessarily the artist) and the aesthete. Questions of humanity, morality, beauty, destruction and life cross one’s mind as they are enamoured by the artworks.

At the very centre of the zone is Ranwar Village Square. Also known as ‘Hetwadi’, it was the hub of village activity in the past. In honour of the special Cross Feast celebrated here, The Ranwar Square Cross was erected in 1866. Sharing common beliefs and faiths, the dwellers nurtured a strong communal bond. Today, the Ranwar Square stands in the middle with single-storey houses blanketing it from three sides. The vivid location of this shrine demands the importance that it deserves.

Even though Ranwar village stands for what is termed as ‘heritage’, to disregard its present stage would be ignorant. The impact of the village is still seen in the housing pattern of the area. It is a given that with moving time, housing societies, (not more than seven storeys high) are being developed to accommodate the residents. Be that as it may, most of the houses are, in fact, still unassuming and merge with the skyline of the urban village. To retain its characteristics is not enough because change is the only constant.

A handful of buildings have deteriorated over time. Weathering and abandonment of some buildings have led to their ruin. Visually merging into the grungy atmosphere of Ranwar doesn’t contribute to the utility of the structure. It is therefore important that the heritage of Bandra doesn’t become a mere antique lying in the dust. Structures housing artefacts of antiquity are showcased similar to that in a museum to shed light on the history and legacy. Likewise, heritage trails are being conducted to invite and engage visitors in an aid to help them understand the history and culture of the place. Plaques with trivia about the village are showcased for the reader to help navigate the place with a thoughtful approach.

Conservation doesn’t mean belonging to the past and revelling in it. It means protecting our heritage for the future. Ranwar- an urban village is a striking example in preserving both- the identity of a place and at the same time moving ahead with time. 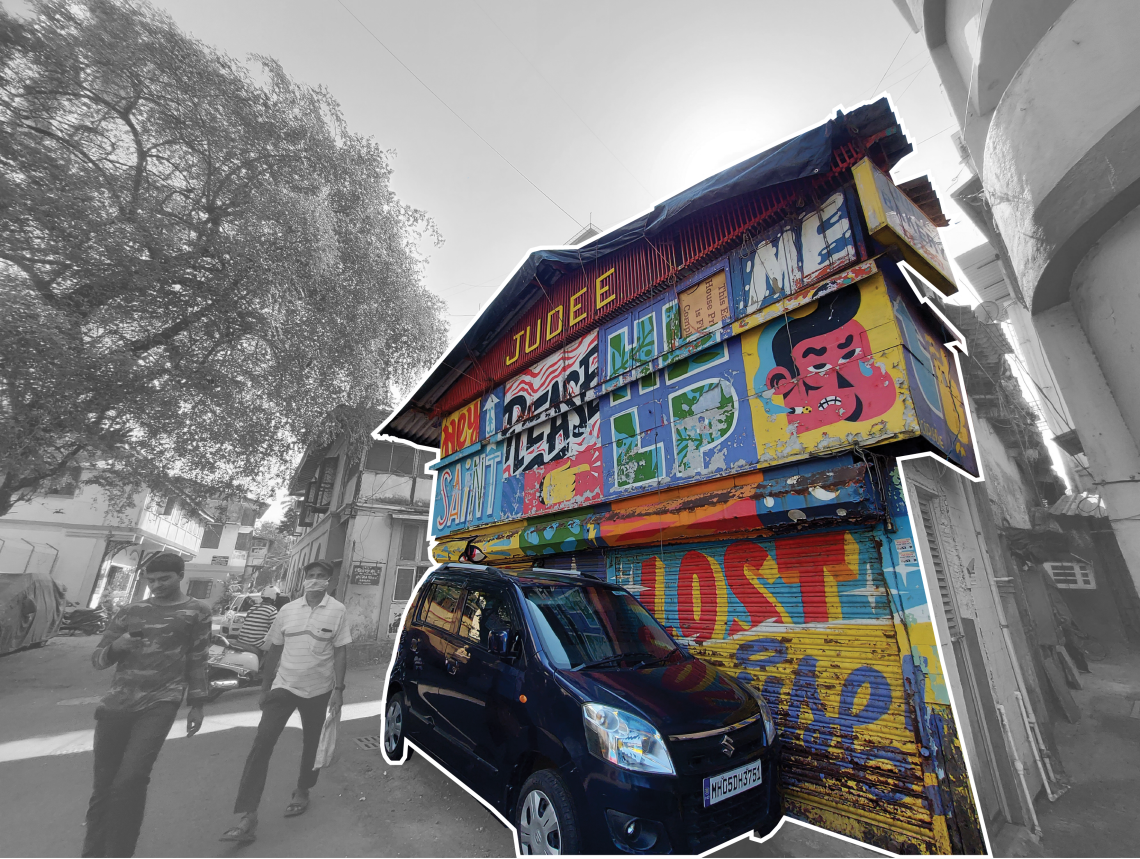 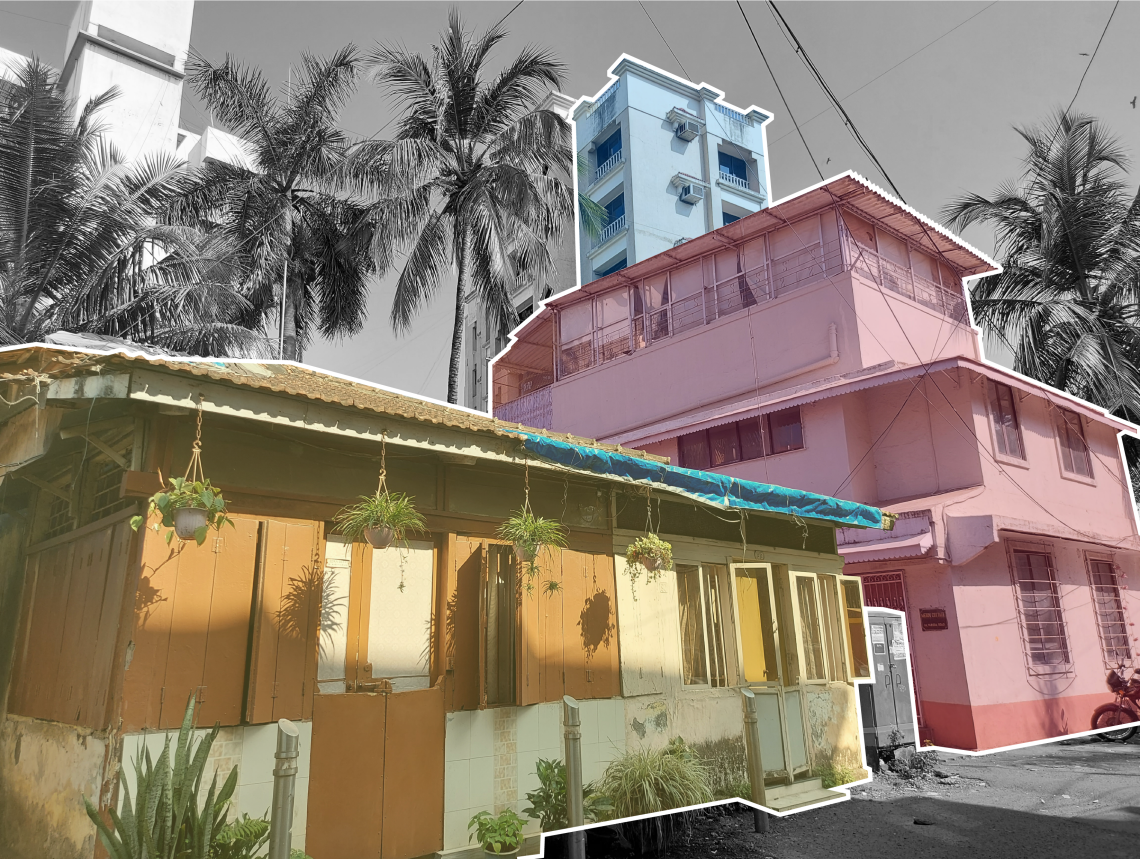 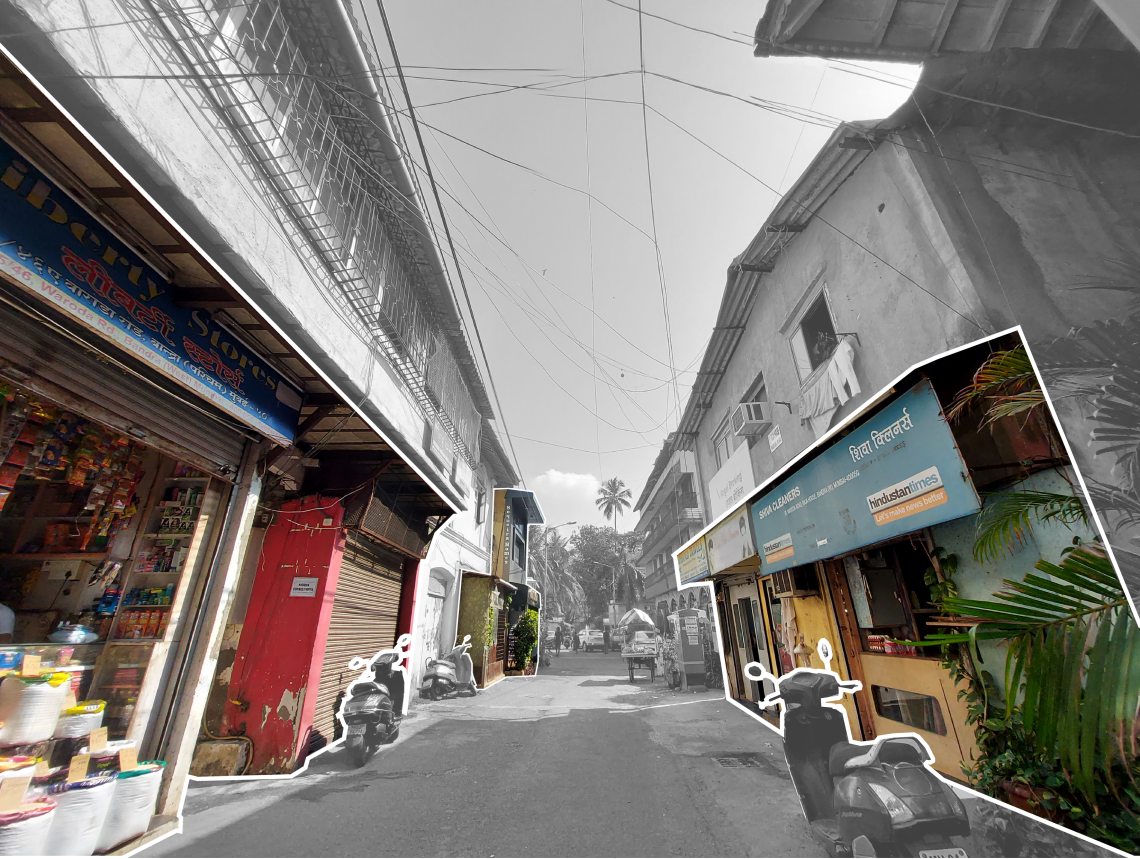 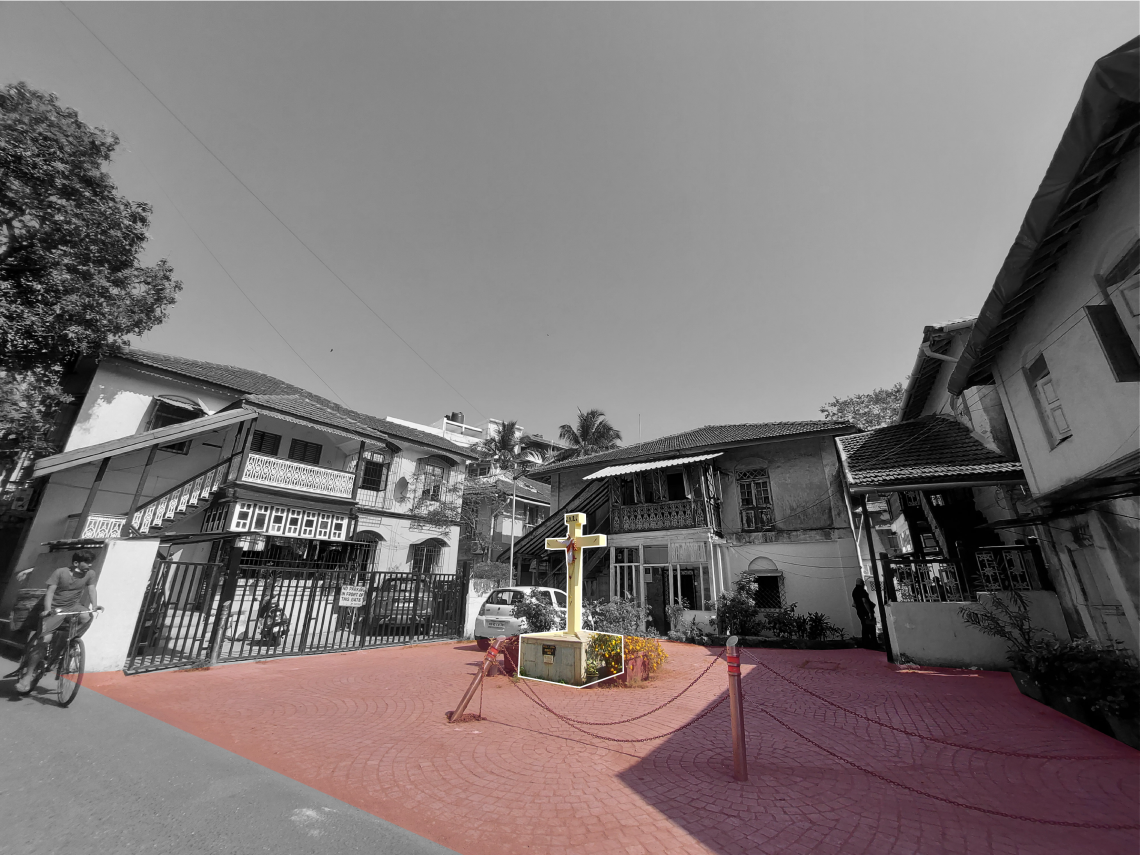 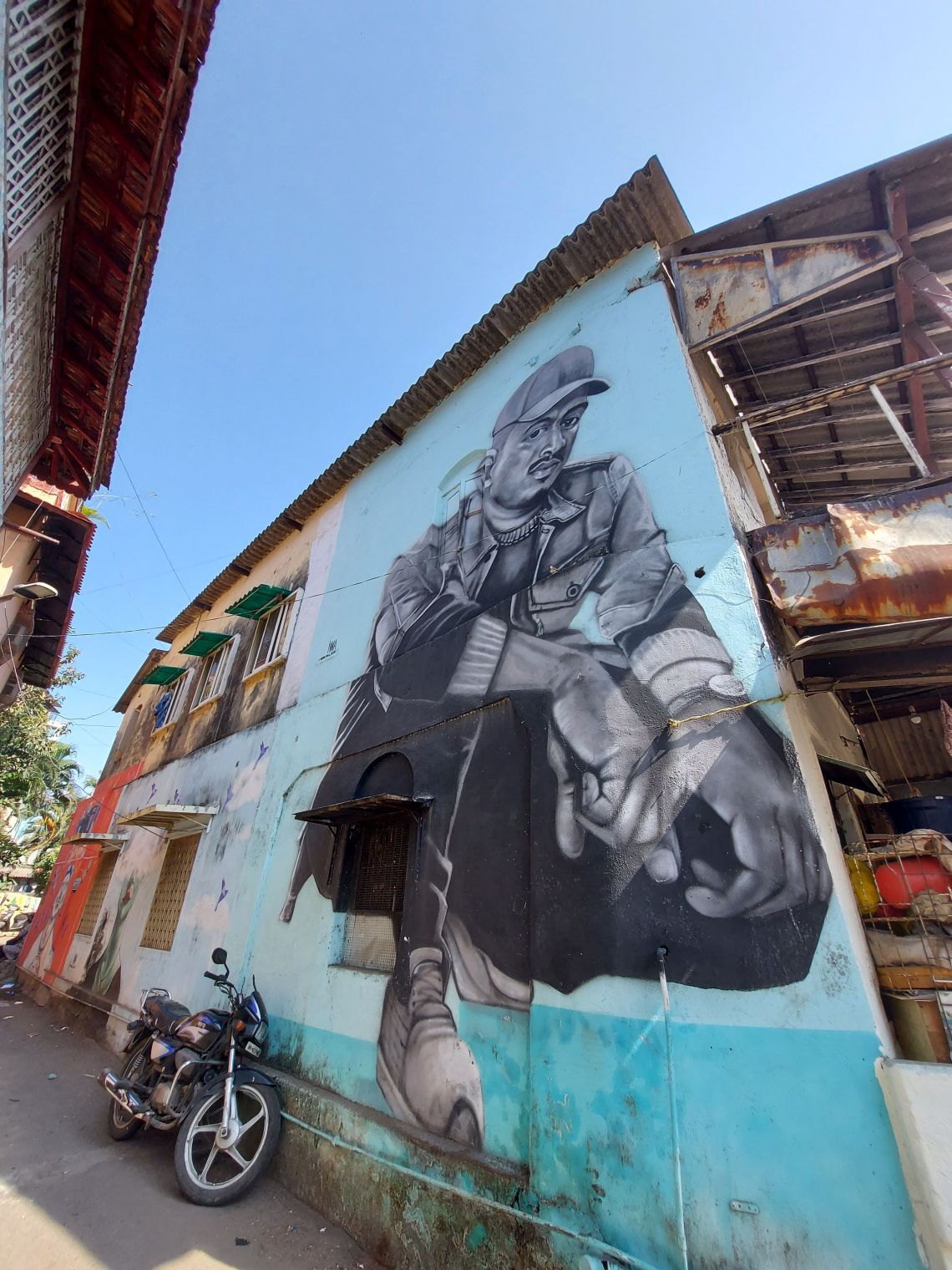 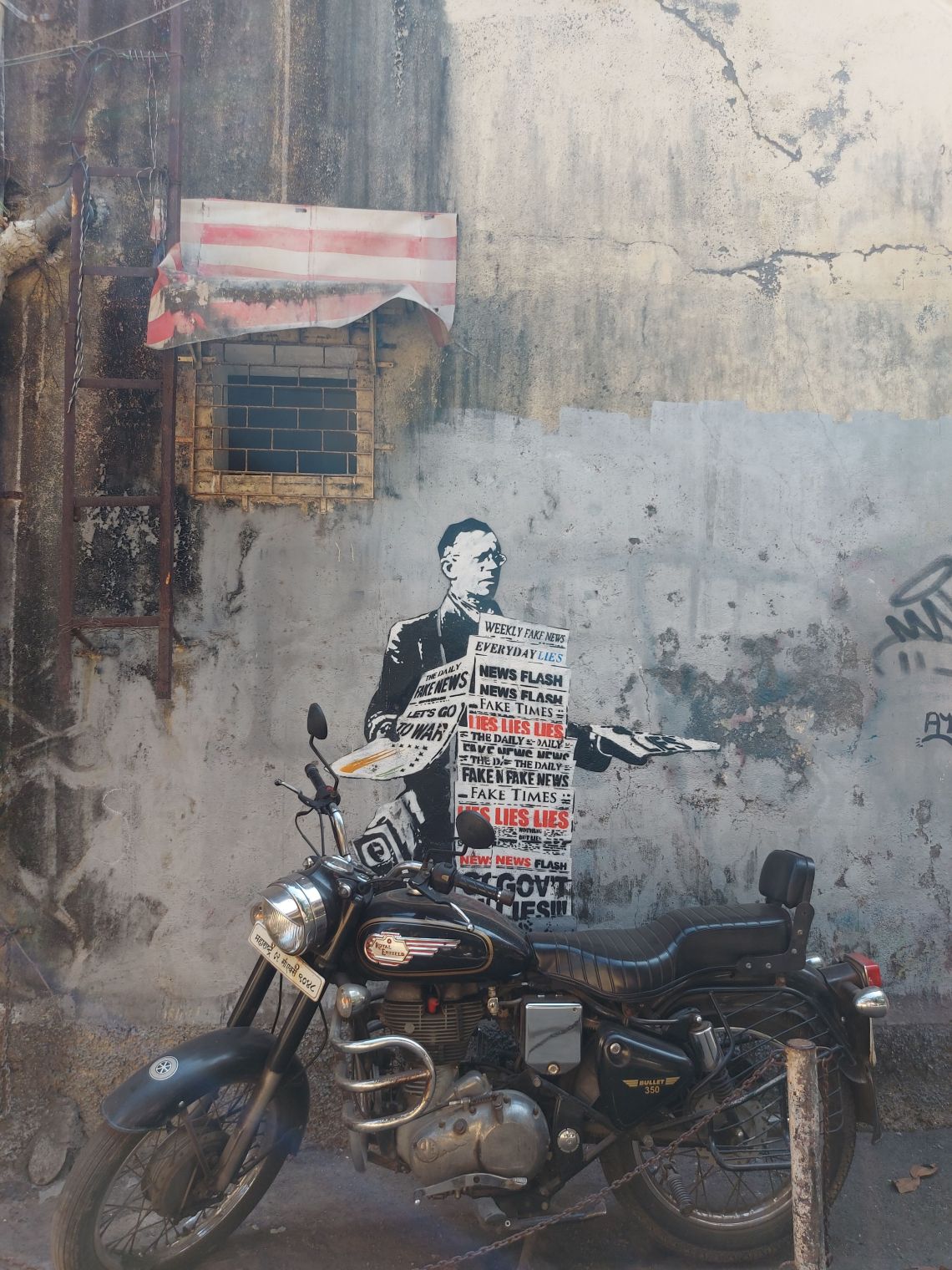 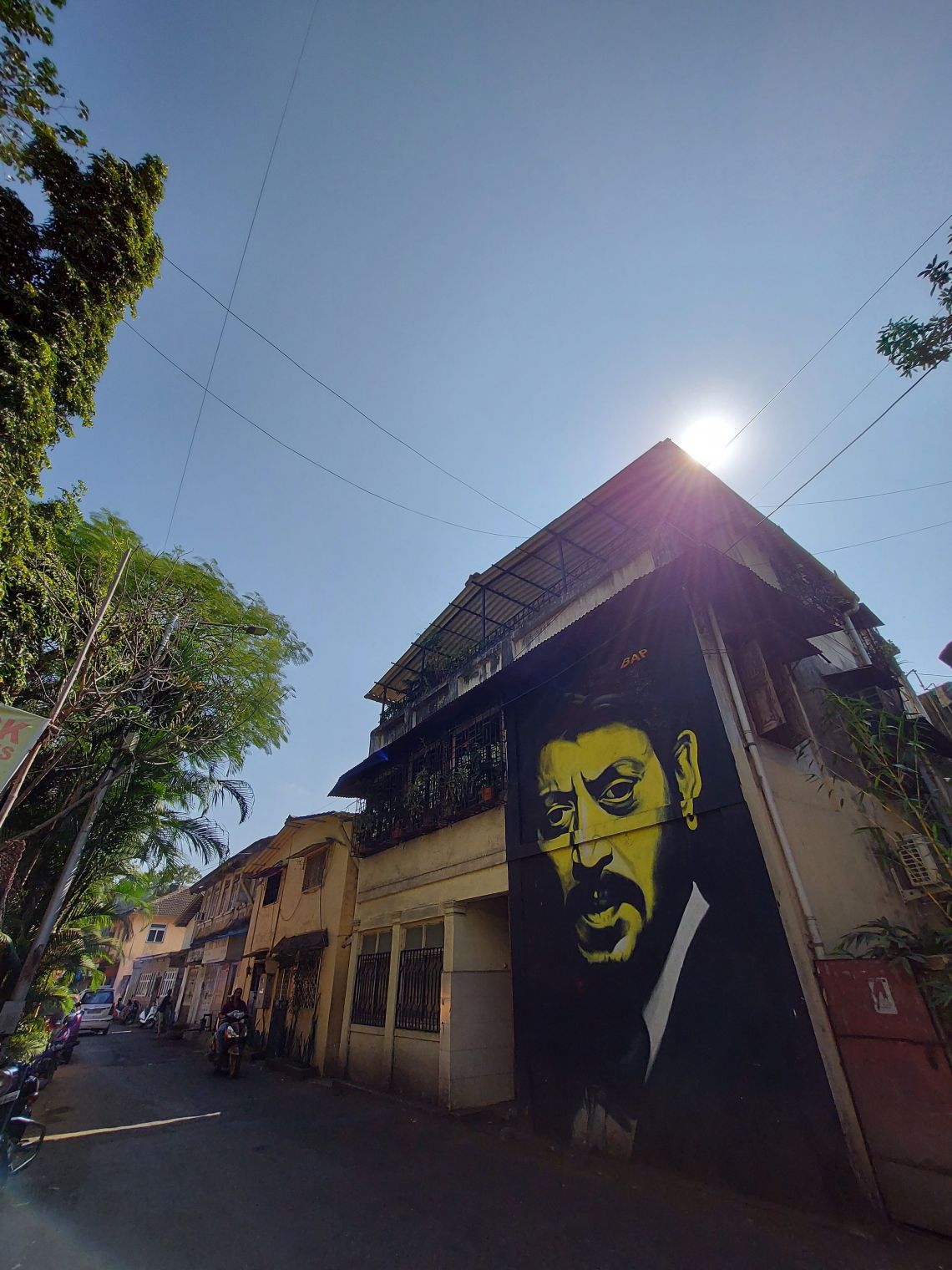