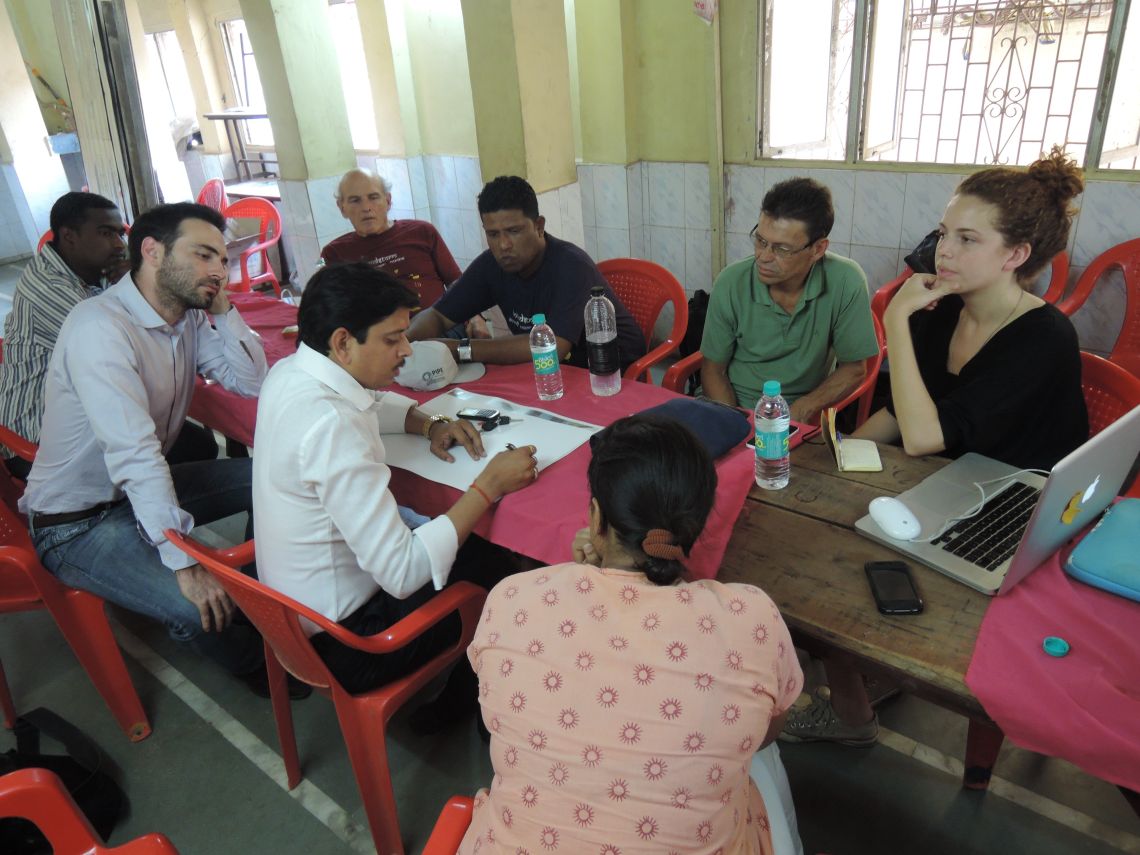 The Handstorm workshop brought together residents, artisans, builders, designers, architects, botanists, geographers and theorists from Shivaji Nagar and other parts of Mumbai, Brazil, New York and Europe. It was organized by the URBZ team together with a group of motivated and knowledgeable residents, which included Rafique Bhatkar, Shrinivas Mysaiah (Shenu), Shambhu Ganga Sharma and Sushant Singh.

Invited guests included Yehuda Safran, professor of art and architecture theory at Columbia University and adviser to URBZ and the Institute of Urbanology; Sameep Padora, a Mumbai based architect; Geeta Mehta, who teaches urban design at Columbia University and is a co-founder of URBZ; Julia King, a sanitation and water system specialist who recently received a Holcim Foundation award for her work in India; Bhau Korde, a social activist from Dharavi who is also an adviser to URBZ; Saleem Bhatri a Mumbai based industrial designer; and Laurent Thevoz a participatory planning expert based in Switzerland.

Our most special guests came from Brazil. Ataide Caetite, a self-made home builder from Paraisopolis – a large homegrown neighbourhood in Sao Paulo, and Marcella Aruda who is a co-founder of URBZ Brazil. We had met Ataide in 2012 when we visited Paraisopolis for the first time and documented some of his work, a few from the hundreds he has built. URBZ Brazil is now helping him design and build his own home, as a starting point for more such engagements in Paraisopolis and beyond. 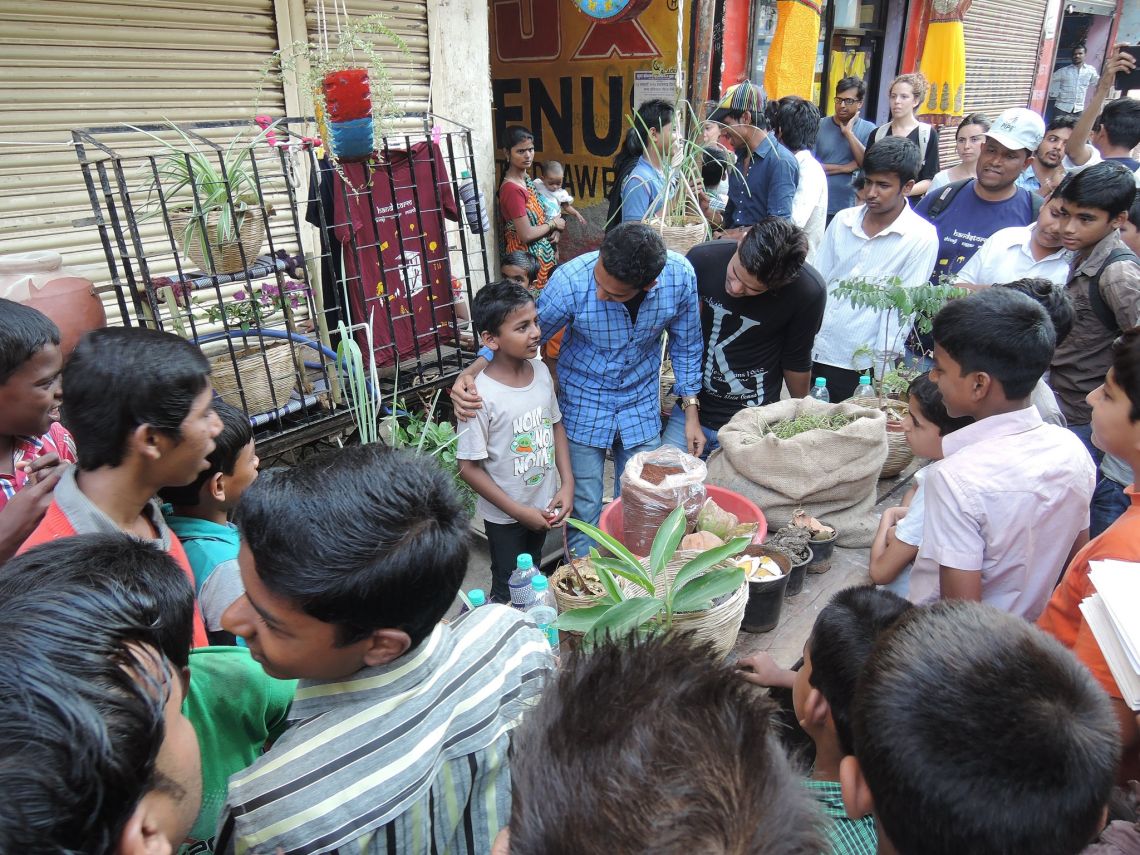 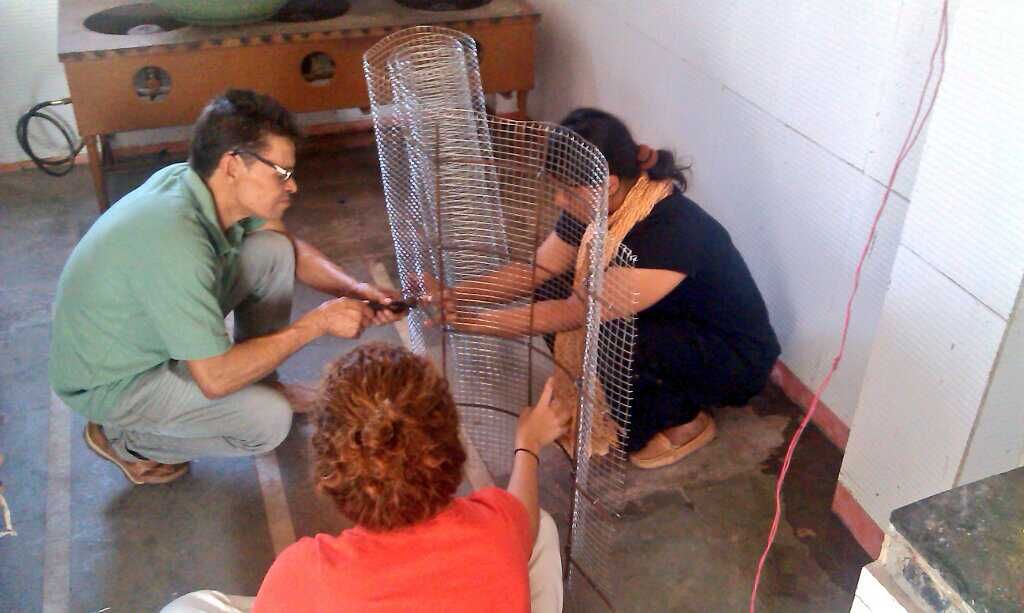 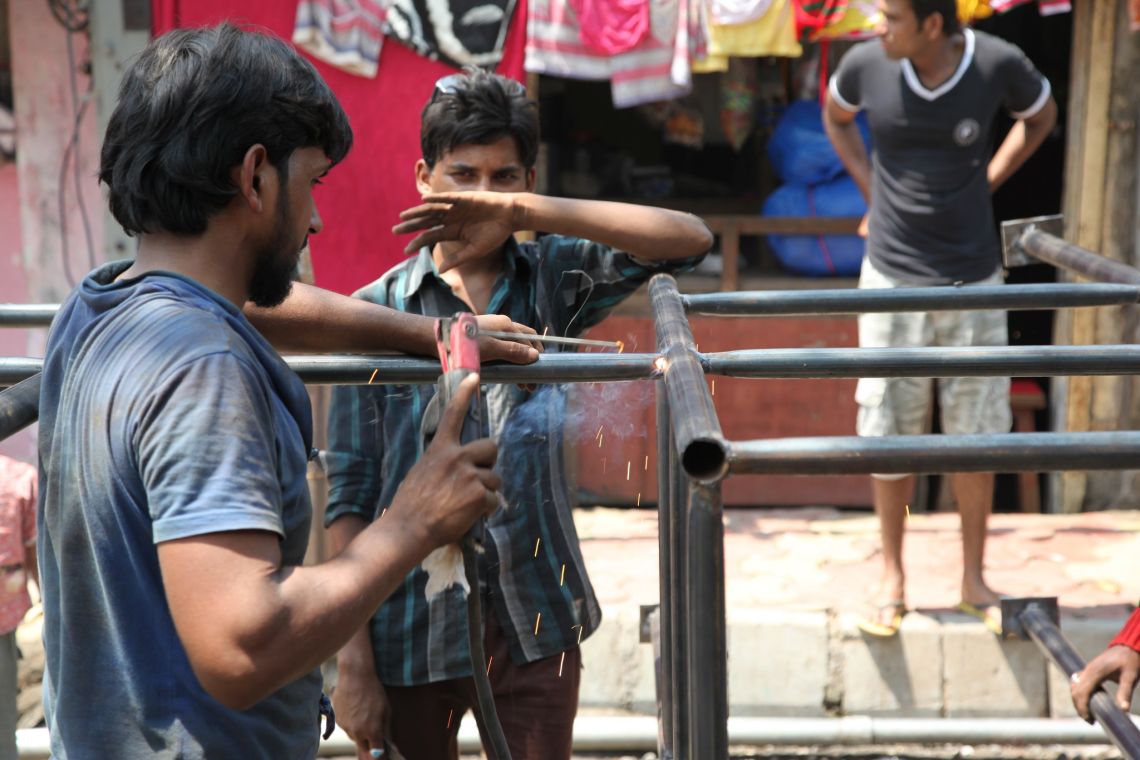 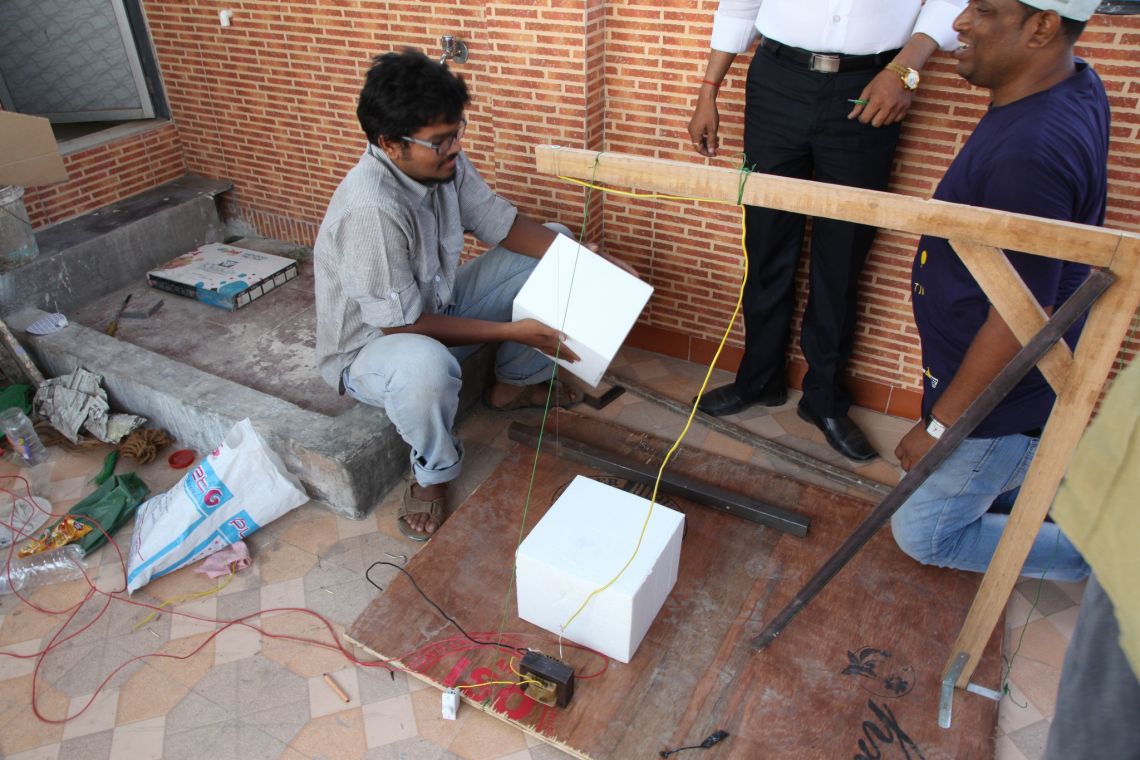 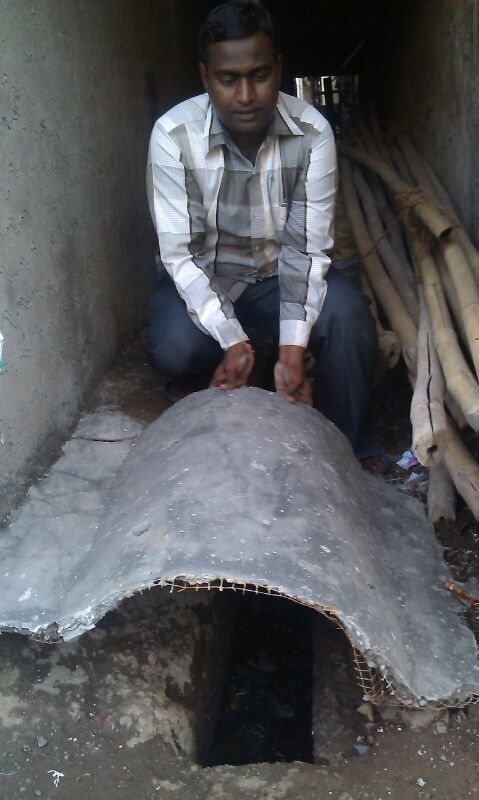 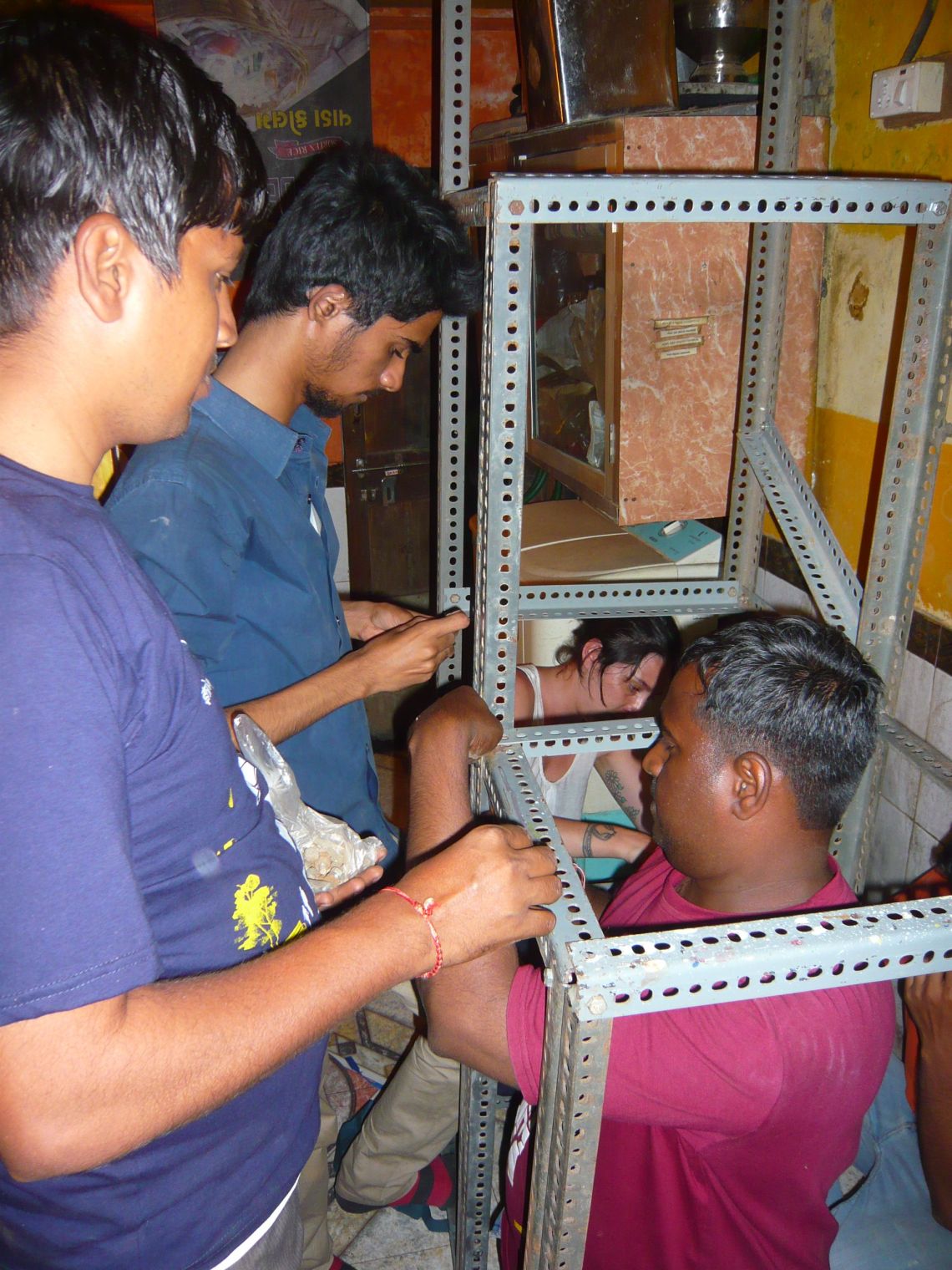 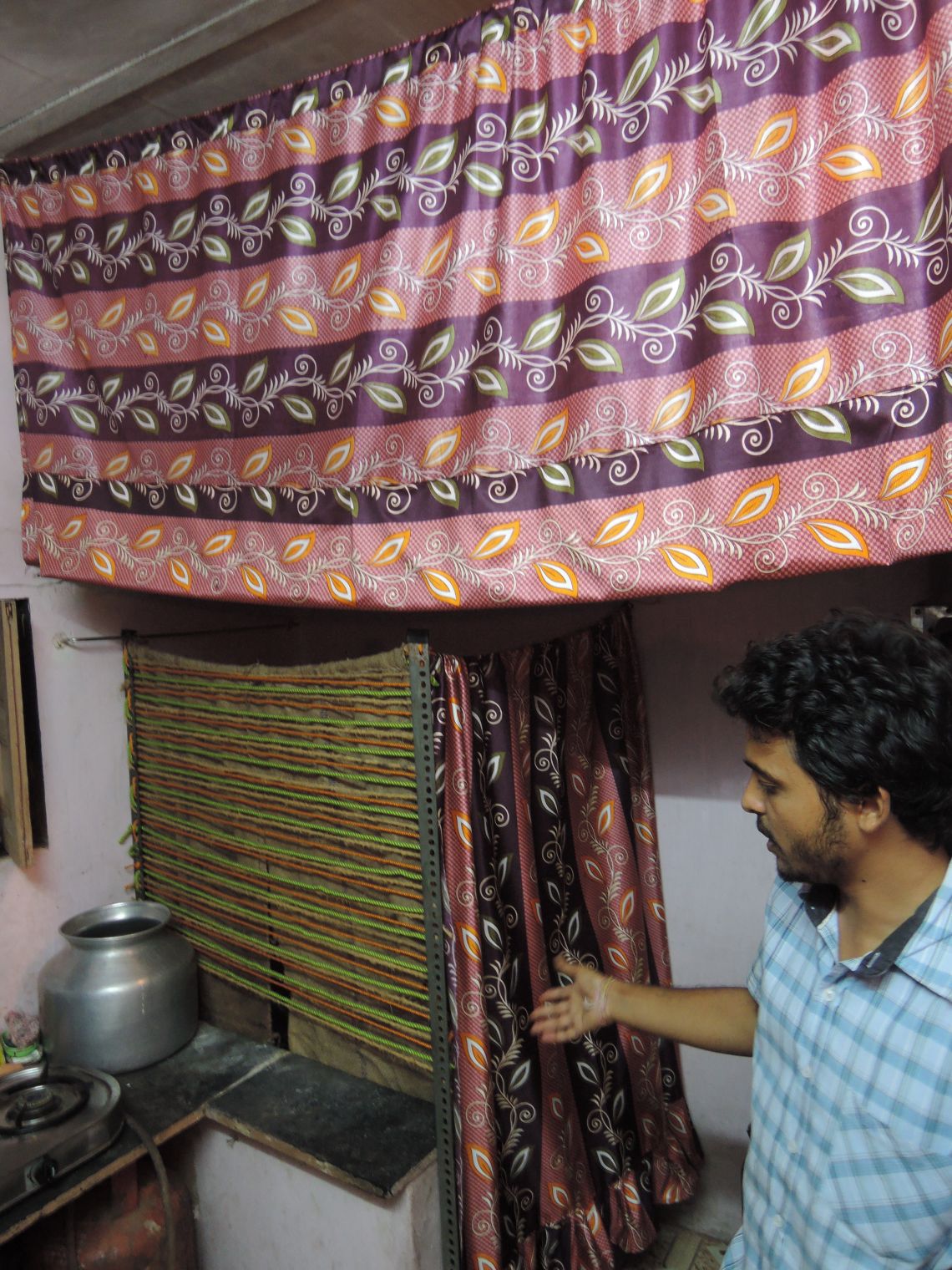 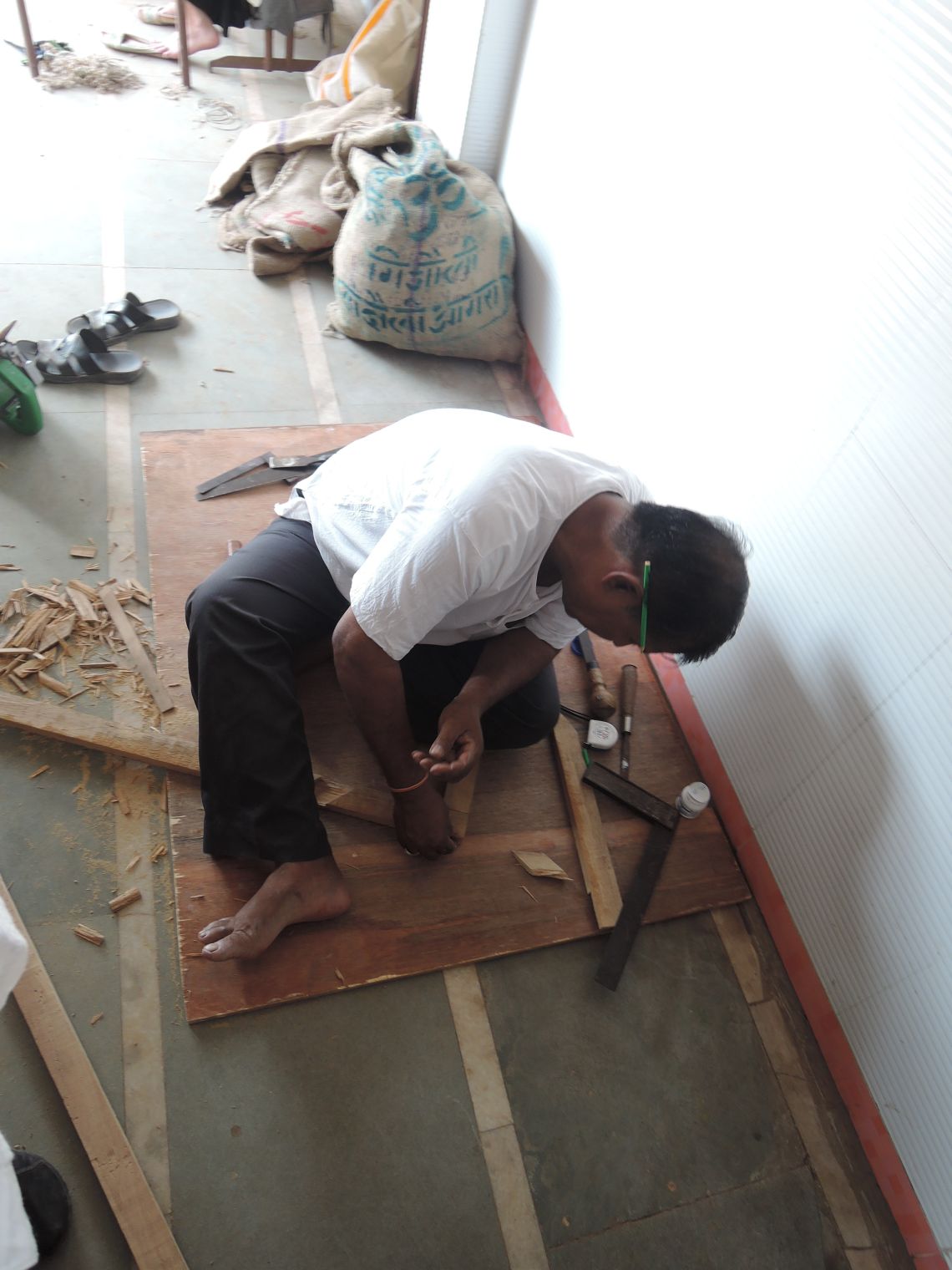 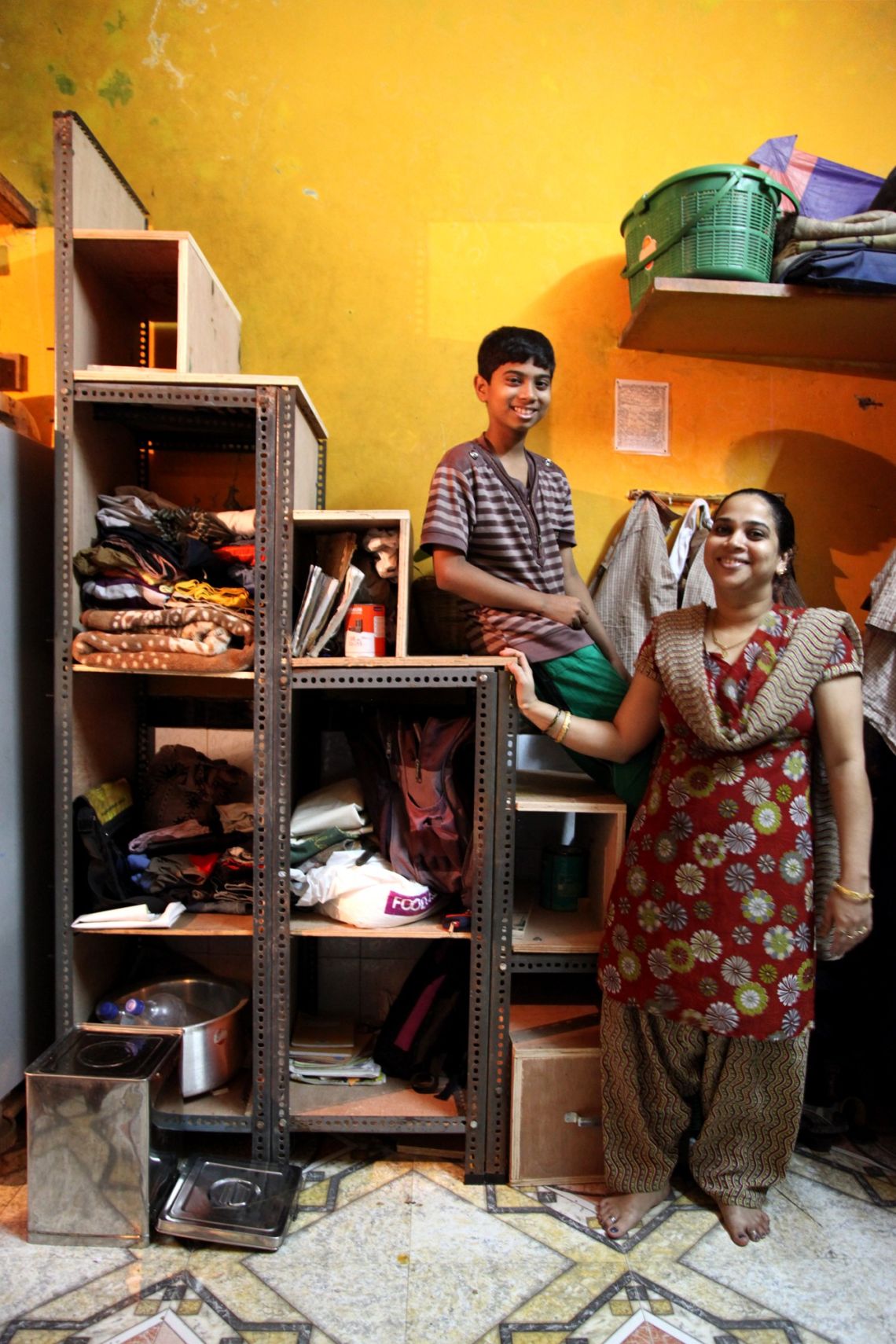 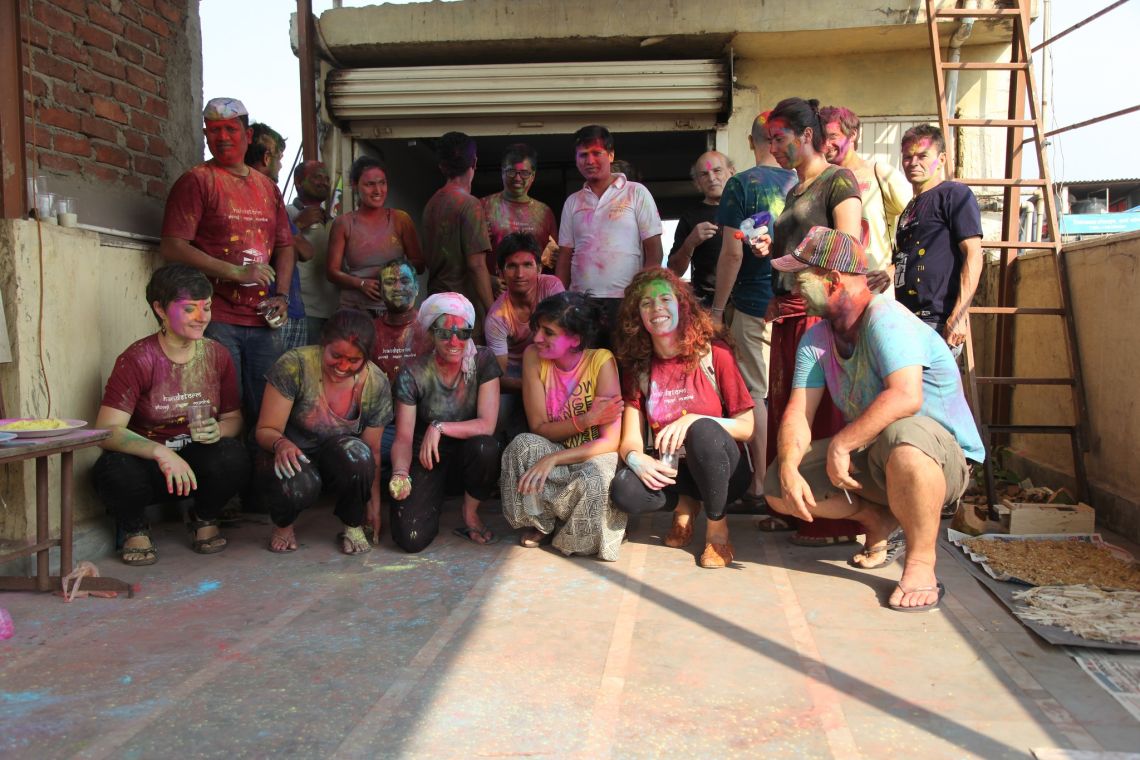 Ataide came as an ambassador from the homegrown neighbourhoods of Brazil to the homegrown neighbourhoods of India. He met our partner Pankaj Gupta, one of his counterparts in Shivaji Nagar, visited few of his sites and traded knowledge on construction practices. That encounter was one of the highlights of the workshop. (A full transcription of their dialogue will soon be available to those interested.)

The weeklong event (from March 14th to 20th) aimed at showcasing the amazing range of “homegrown” skills available in a neighbourhood that is usually only described as one of the poorest and most depressed parts of Mumbai.

The participants who traversed long distances by plane and/or rickshaw to reach Shivaji Nagar were not disappointed. Not only did the workshop produce a range of actual physical interventions in the neighbourhood, but also demonstrated what can happen when worlds that usually never meet, come together. The result is a creative explosion with the potential of improving the lives of local residents, and unleashing a wave of innovations that could well inspire far away places. This is partly because in Shivaji Nagar “user-generation” is not just a slogan or a concept, but a central aspect of how the neighbourhood is organized and developed.

The workshop was organized by URBZ as part of a new initiative on affordable housing that we have recently started with ‘social-entrepreneur’ Aaron Pereira called ‘Homegrown Cities’. The ‘Homegrown Cities’ project is based on the premise that neighbourhoods such as Shivaji Nagar have the ability to improve over time on their own. Such incrementally developed neighbourhoods are not only the largest providers of affordable housing in India and others in emerging countries such as China and Brazil, they also have the potential of becoming nice mixed-use, low-rise high-density, pedestrian neighbourhoods, as can been seen in parts of the world that have let them grow and consolidate – especially Japan or Europe.

What homegrown neighbourhoods need however is as much support as they can get to improve infrastructure and amenities (something that requires a larger planning vision), to finance home repairs and upgrading, to multiply employment opportunities, and to optimize spatial organization. The Handstorm workshop focused on the two last aspects.
Participants were asked to build things that could improve the neighbourhood based on discussions with residents and with the help of local artisans (welders, carpenters, plumbers, builders, etc).

From the first day of the workshop – when the 30 odd participants in their Blue or Maroon T-Shirts walked through the streets – we knew that somehow the connect had been made.

A local Sufi – priest who had his own wall garden outside his house shared his wisdom with a team interested in greening the neighbourhood. A relative of one of the local participants immediately commissioned a team to start working on a piece of furniture that would suit her special requirements. The caretaker of a Shiva temple (that we had help design) challenged us to find an affordable way to cover an open water drain in the small alley running on the side of the temple. A young couple needed a cheap partition to provide them with intimacy in the tiny room they shared. More projects kept coming.

Over one intense and active week – with the summer heat starting to rise – the handstorming sessions began to take shape and moved towards the final day – when collaborations took concrete shape. The only real interruption to the groups intense work was an equally intense Holi party (festival of colours).

Julia King worked with Aditya Vipparthi and Aditi Nair to design a special chicken-mesh and concrete drain cover that could adapt to any contour in the tiny lanes. They were helped and advised by Ataide, Pankaj, Shenu and Sameep. It allows water to seep in while keeping garbage at bay. In a place where clogged drains are an everyday reality and where the local municipal authorities take their time to reach the intricately networked streets, this was presented as a do-it-yourself temporary solution that could be adapted to any type of drain.

Cecila Tramontano a young architect from Milan and Ganga K. Sharma a local carpenter designed and crafted a staircase that would also act as a storage cupboard at varying levels – something that could be customized to absorb any other object in the tiny home for a little over Rs 8,000.

Aditya Vipparthi and his team managed to find a spot where a steel-framed ‘Jungle Gym’ for kids could be placed, and also got local support to ensure that within the limited time frame of the workshop it could be completed. Along with local welder Mansoor Ahmed, and a special design input using rubber tyres the whole structure was created within a week from conception to use and for less than Rs 15,000.

A very simple request for privacy to bathe in a tiny 10 x 10 feet house saw Lavish Jain and collaborators design and make a simple partition that involved a steel pallet frame, cloth and nylon rope. This tiny contraption, that costs less than Rs. 750 to make was quite enthusiastically absorbed into the home and the lives of its residents.

Anne Piveteau and Shriya Malhotra had the un-enviable task of implementing an ambitious public shade project using inexpensive material so that the summer sun would not torment bazaars at the street-level. What emerged was a prototype that could well build substantially on what local shop-keepers presently use.
Similarly, a piece of an ambitious construction intervention on the terrace of a two storied building, using extra light material – started under the skilful hands of Shardul Patil and Sarovar Zaidi. Along with Sameep Padora, they made a machine that could shape the material into the exact dimensions they wanted to start building an igloo shaped terrace-room (once completed this will become the future URBZ office).

The coming weeks will continue to see interventions take new form and shape. The handstorm continues beyond the workshop, fuelled by each new message we get. In fact the very next day after the formal ‘conclusion’ a participant informed us that he saw about 20 kids playing on the jungle gym and ‘felt happy’.

We feel incredibly happy too and thank all our well-wishers and other friends who dropped by – art historians Latika Gupta and artist Alan Kane encouraged us hugely with their visit as did the several other local residents who came to the workshop and asked us to visit their sites all over Shivaji Nagar.

With our office moving from Dharavi and into this hood in the coming weeks we are confident that the storming sessions are going to continue for sure. This is just the beginning.

Many more photos are available on our Flickr page.

With Nader Seraj, we take the urbz mashup to Perugia 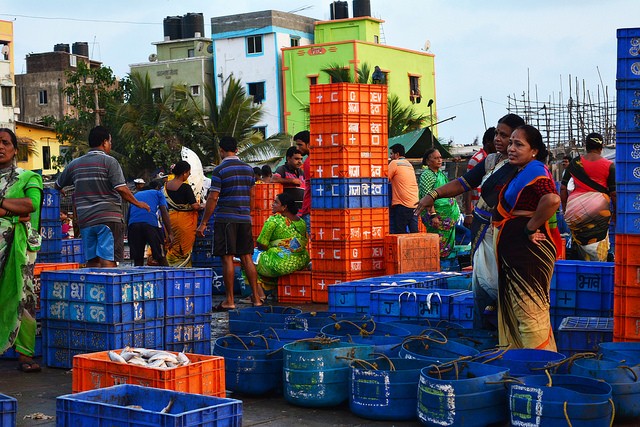