Producing clothes in high quantity is one thing, washing them all is another. An insight into Mumbai's famous Dhobi Ghat. 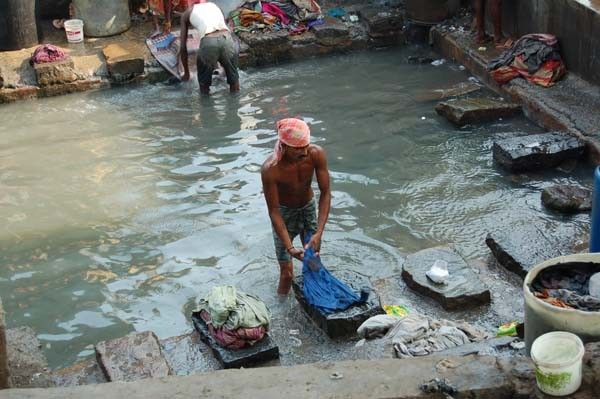 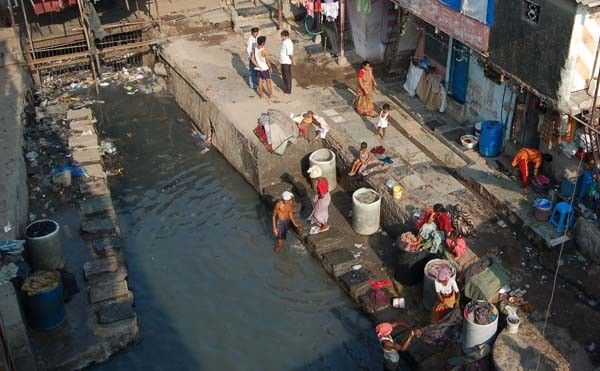 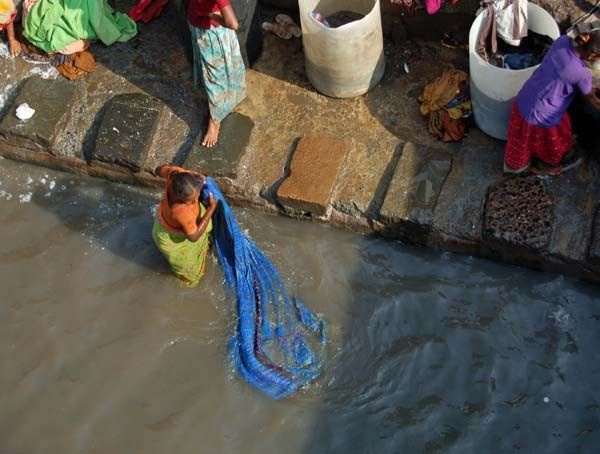 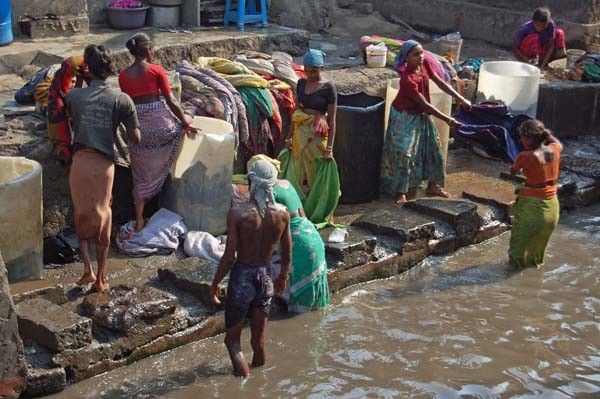 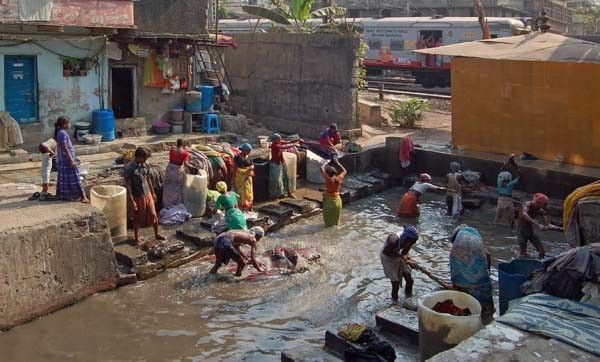 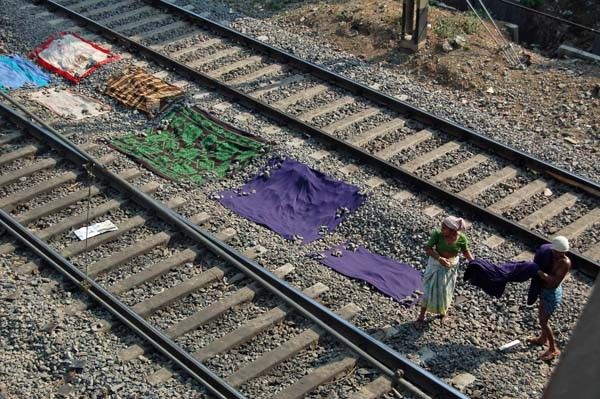 Producing clothes in high quantity is one thing, washing them all is another. Mumbai’s textile industry plays a major role in its economic history. The production of textile in India was boosted by the American Civil war (1861-1865), which interrupted cotton supplies from America to Europe. Great Britain as the colonizing power in India was the liaison between Europe and the rising Indian cotton and silk industry. Ever since has the textile industry dominated Mumbai’s development. Many of the old mills are closed now, but the industry is still present throughout the city. A very common sound heard when walking Dharavi, is that of the sewing machines. An endlessly ongoing ‘rrrrrrt… rrrrrrt… rrrrrrrrrrrt’, is the invisible signpost of the ubiquitous workshops.

A familiar sight in Mumbai is the Dhobi Ghat, the open-air laundry. Big ones are located near Mahalaxmi Station. Some two hundred Dhobis (laundrymen) wash clothes here, collected from local households. The clothes are hung out to dry on long cloth lines. The scale of the business is thus big, that it can be seen from afar. It even attracts foreign tourists, leaving the local people in astonishment about what could be so interesting about ordinary laundry.

Except maybe for genuine dry-cleaners, laundry requires water. River banks are good locations forDhobi Ghats, as are some ponds. Flowing water is essential as stagnant water will be polluted in no time. Step wells, stepped ponds and open tanks, all fed by natural wells, are an important part of India’s water infrastructure. Stepped ponds and tanks are often directly connected to temples and are a place of religious and cultural significance. They symbolise the Ganges; to bathe in such waters is to bathe in the sacred river. With the coming of piped water, many tanks were filled and have vanished under new development. Of all Mumbai’s tanks built in the 18th and 19th century, only two exist today – the Bandra and Banganga tanks.[i]

In Dharavi a tank-like Dhobi Ghat is located next to the Sion footbridge over the Central Railway tracks. It cannot be missed as the yelling of the Dhobis is advertising the intenseness of the job, much like the sound of professional tennis players. This is where the bigger pieces are treated. Not handkerchiefs and napkins, but heavy blankets and carpets are washed here. Soaked with water they are tossed onto flogging stones. One cannot be but impressed by the labour shown here.

Once cleaned the laundry is put out to dry on the pebble beds along the railway tracks. It is the last remaining open space in the vicinity, by its narrow shape only useful in small plots, it is perfectly exposed to the sun, trains provide frequent blows of wind, and stones to keep it all in place are aplenty.

In its way, it is perfect.