March 24th, India went into a 21 day lock down to maintain social distancing. People were asked to work from home, only step out for essentials and wash their hands frequently. Prior to this announcement, the inter and intra state transportation was restricted. These were part of ‘crucial’ efforts to curb the spread of the novel Covid-19.

How is this top down mandate being followed by people living in high density settlements? What are the implications of these mandates on the ground? Our collaborators, friends and colleagues have been updating us about the ground realities.

There is no doubt that the lockdown was necessary, though the entire class-biased machinery that was initiated, was by no means sensitive to a majority of people. It is true that the urgency to respond to the spread of this dangerous virus, the lockdown, was maybe the only known and globally sanctioned solution. However, the instructions given during the announcement and the four hour window before it took effect were inconsiderate to a large population of urban dwellers. Only people who could afford to stay ‘home’, maintain ‘social distance’ from others and manage to buy weeks worth of groceries all at once could follow the mandate.

In spite of all this, it was heartening to hear the stories of people from Dharavi fighting the spread of the virus. They took it upon themselves to help each other. Some residents pooled their resources to feed starving labourers. For many, the fear of death due to starvation is more real than the threat from the virus itself.

Local youth and leaders are organising food and other essentials for people as grocery stores are running low on supplies. Ration shops are being advised to take stock of listed mobile numbers and message ration card owners to come in allotted time slots. These precautions are being taken to prevent large gatherings of people in the narrow lanes outside these shops. Dharavi’s multiple small scale manufacturing industries have diverted their resources to manufacturing masks that can be used during the crisis. These are all self-organized, local, user -driven responses to implement the mandate.

Of course, there are huge challenges as well. In Dharavi, the inside and the outside are coterminous. Living spaces and work spaces often overlap. People often only congregate to sleep at night. Day time is spent at an outdoor or indoor workplace. In houses of 10ft X 15ft there are often more than 5 people living, making it impossible to stay indoors the whole time. Some rooms do not have proper light and ventilation depends on the availability of exhaust fans to provide some respite. These are not optimal conditions for a quarantine and lockdown which prohibits people from stepping outside. It is a huge challenge though several families manage to do it.

The impossibility of implementing a strict mandate in Dharavi has led to events whose outcomes defy the whole purpose of the lockdown. A few days ago, 7-10 boys had stepped out of their homes to go to the playground - much needed respite from poorly lit and ventilated spaces, this escalated into police control and retaliation that ended up shoving 50 young men into jail!

It's an accepted fact that, during difficult situations people depend on their social capital, which they have harnessed through social networks, especially the groups that are most vulnerable. Many people in Dharavi operate within dual household networks, with homes and families back in their villages. The lockdown made them anxious because of the curtailed train service within the country. Some managed to go back to their village before the lockdown was imposed. The ones who couldn’t are desperately waiting for the train service to resume and go back to their ancestral homes. Many of these people are mistakenly perceived as migrant labour, but in reality work seasonally, shifting between employment in urban centres and their villages. Returning home is routine and regular. The difference this time was that it was all at once for millions of such workers all over the city (and the country) complemented by restrictions on the main mode of mobility - trains - leading to a breakdown.

Dharavi has a huge number of tool-houses - spaces that double up as work and living quarters. In some cases this was super helpful as workshops could actually produce masks - something that even cities like New York found it difficult for some time. This ability of Dharavi to be locally resilient through its internal arrangement is something that definitely needs to be highlighted! Besides, for many workers, the tool-houses also became their residences and helped them collectively manage some degree of social distancing in the way a family does.

Of course, working from home is not always an option for many other people. The vast number of women from Dharavi who work as domestic help in neighbourhoods outside, have been unable to work. While some of their employers can afford to pay them their monthly salary, most cannot. Many are worried that there could be a lasting backlash of vilifying Dharavi as an unhygienic settlement, making many people choose not to hire people from Dharavi due to a fear of contracting the virus.

Dharavi made it to international headlines when a resident tested positive and subsequently died. It is undeniable that access to preventive and palliative healthcare is in short supply for most residents of Dharavi, exposing the inequalities in our healthcare system. Medical experts and local residents had warned about the danger Covid-19 would bring to homegrown settlements (nearly half the population of the city). However, despite early warnings, it took the first death in Dharavi to sound the alarm. The neighbourhood is now being branded as a “ticking time-bomb” in the media. Understandably, this has spread more fear among the residents of the neighbourhood and the surrounding places. The authorities announced that they would deploy 4000 health workers to test suspected cases. On the ground though, it was reported that some civic workers were reluctant to visit the interiors of Dharavi and only ended up disinfecting buildings on the periphery.

The neighbourhood has other pressing health concerns which have been neglected for years. In the light of the lockdown the most obviously contagious places in Dharavi are the public/community toilets. These toilets do not even have running water supply and each toilet caters to more than 300-400 people. While the lockdown requires people to stay in their homes, how can one stop the use of community toilets and deny people access to basic sanitation? In spite of this, people have managed to self regulate, practice social distancing when waiting in queue and made sure a supply of soap was regular.

All of these emerging incidents are inevitable when a government announces a lockdown without a nuanced understanding of its population’s needs, behaviour and coping mechanisms. And, more importantly, without having adaptive strategies that can respond to ground realities of the millions of people without gainful employment. While many organisations have risen to the occasion, responding to the crisis in real-time, responses would have been more effective if there had been a thought out preparatory program with inputs coming from the neighbourhood itself. Dharavi has a lot of self-organized networks and local leaders who could have been strong players in such a scenario - and helped reduce any extreme repercussions.

Residents in Dharavi know well that living in close knit communities, both spatially and socially, has implications on the spread of the virus. But some of them also point out that high density conditions can be found in other habitats as well. A crisis can just as well prevail in a crowded elevator of a high rise apartment. And anyway, global mobility and the relatively unregulated entry of infected residents from elsewhere need to be foregrounded in this particular health crisis as much as dense conditions!

Historically, we have seen how narratives of health have been used by urban planning discourses selectively. Many policies get justified using that discourse. It is a trap in which one should not fall. Roots of colonial urban planning lie in segregationist strategies. The traditional way of dealing with disease by colonisers has been to keep a safe distance from the local population considered to harbour all kinds of diseases.  We need to question why health allows us to justify further segregation and firewalling rather than focussing on improvement of living conditions for all?

We cannot be selective about who is taken care of, everyone is in the same boat regardless of caste, creed or income. This current crisis has demonstrated in heart-breaking ways the negative impact of a top-down mandate. Our learning is that we need to trust local networks, capacities and systems more as they are best equipped to implement and regulate realities on the ground - no matter how challenging and seemingly impossible. At the same time - we need to constantly strive towards improving the quality of life of neighbourhoods by partnering and working closely with exactly those local resources. 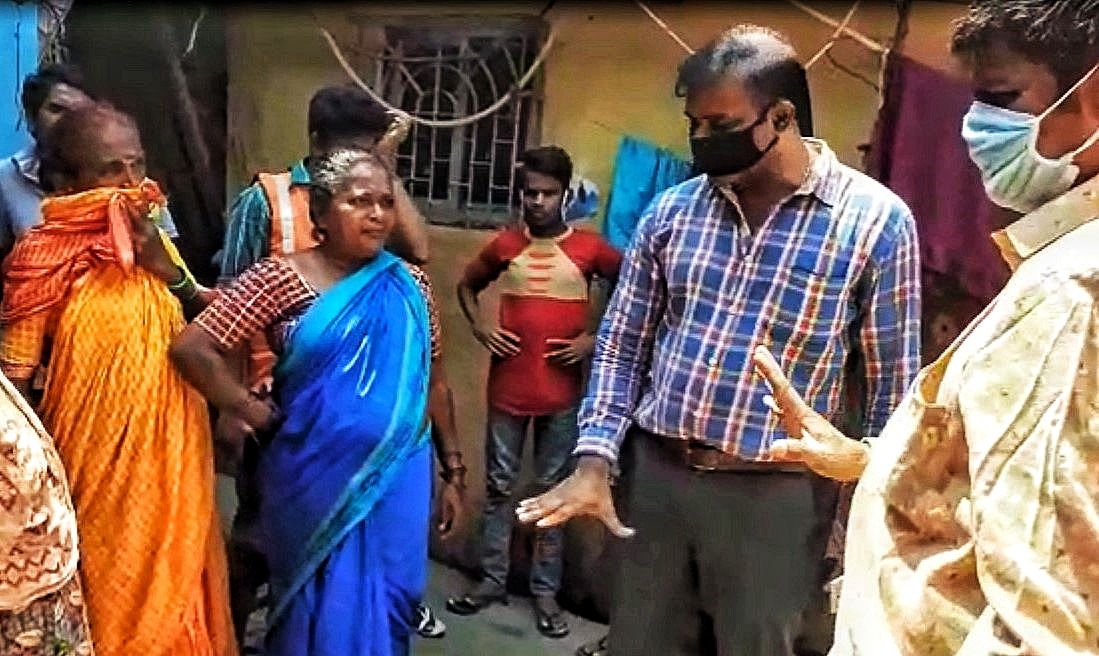 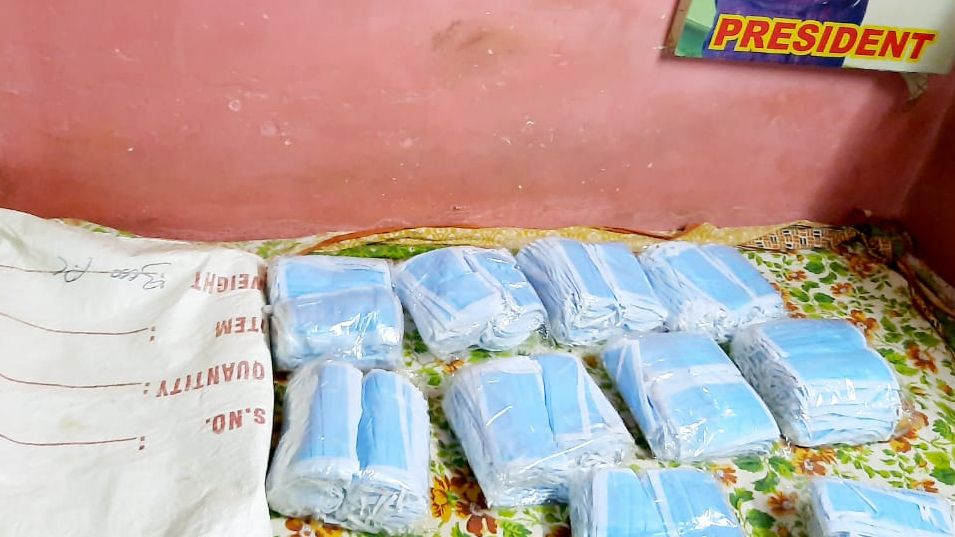 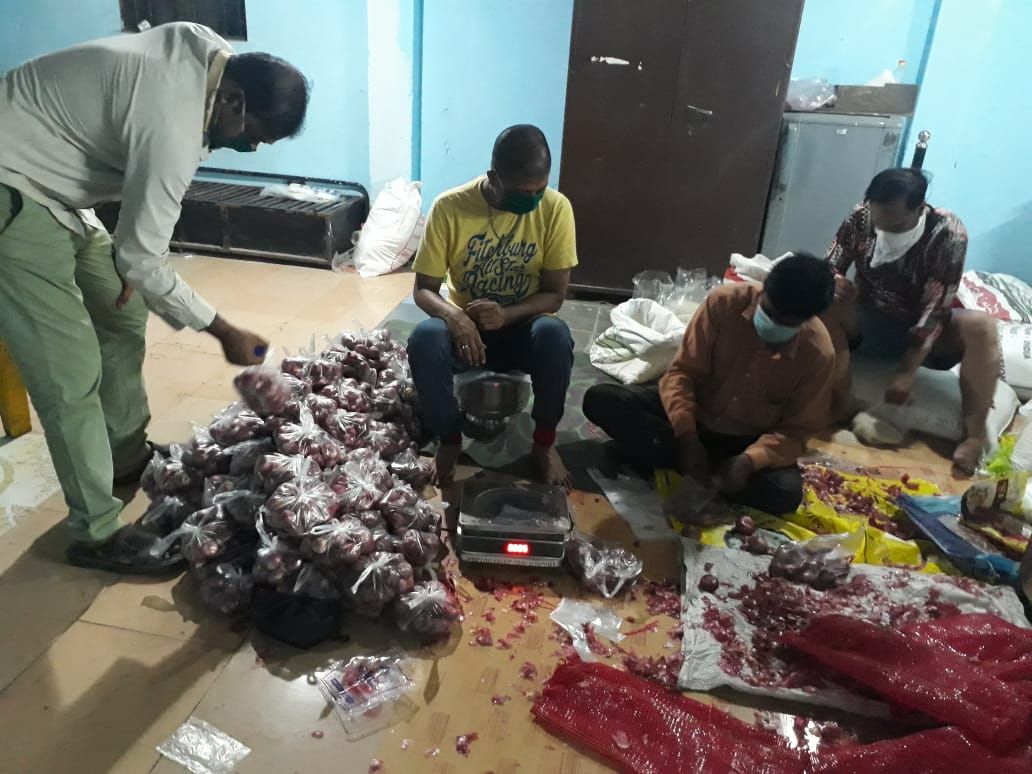 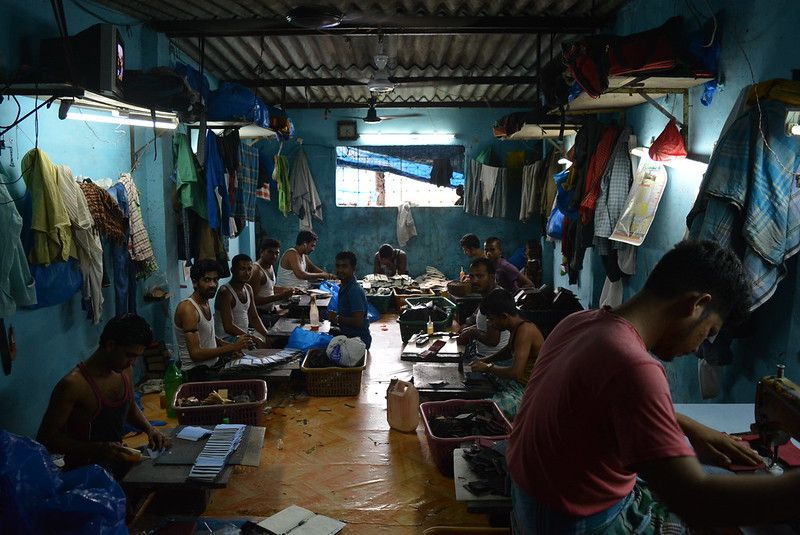 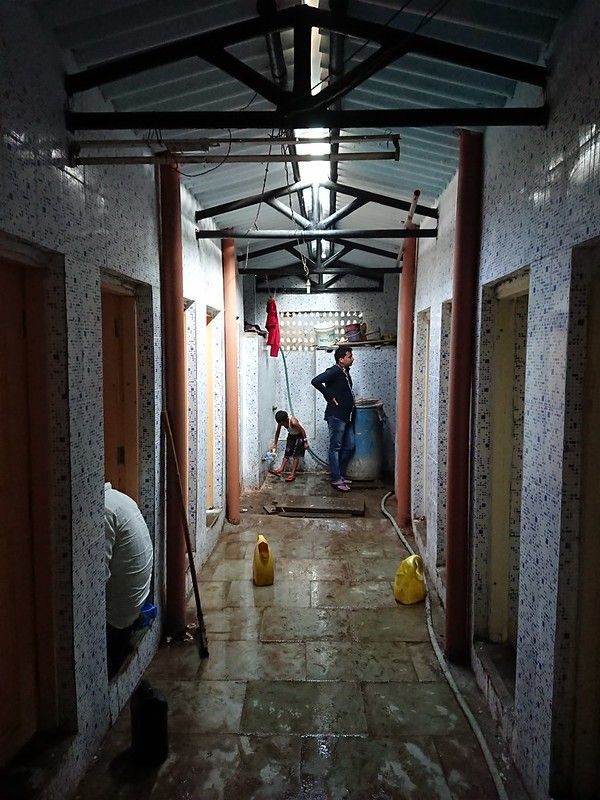 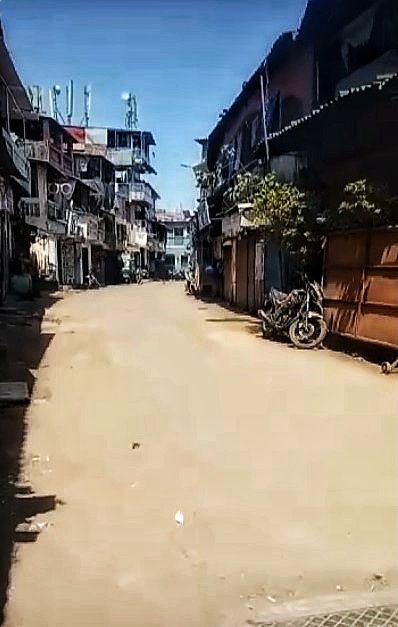