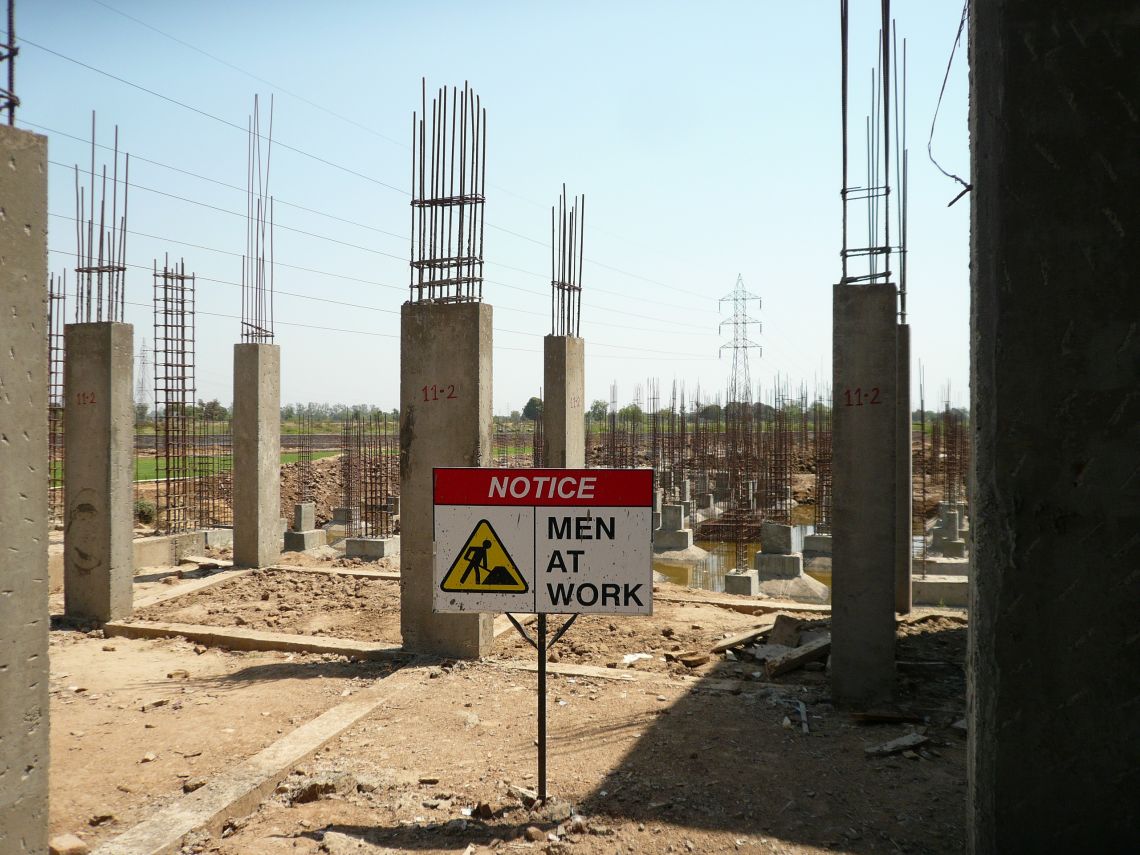 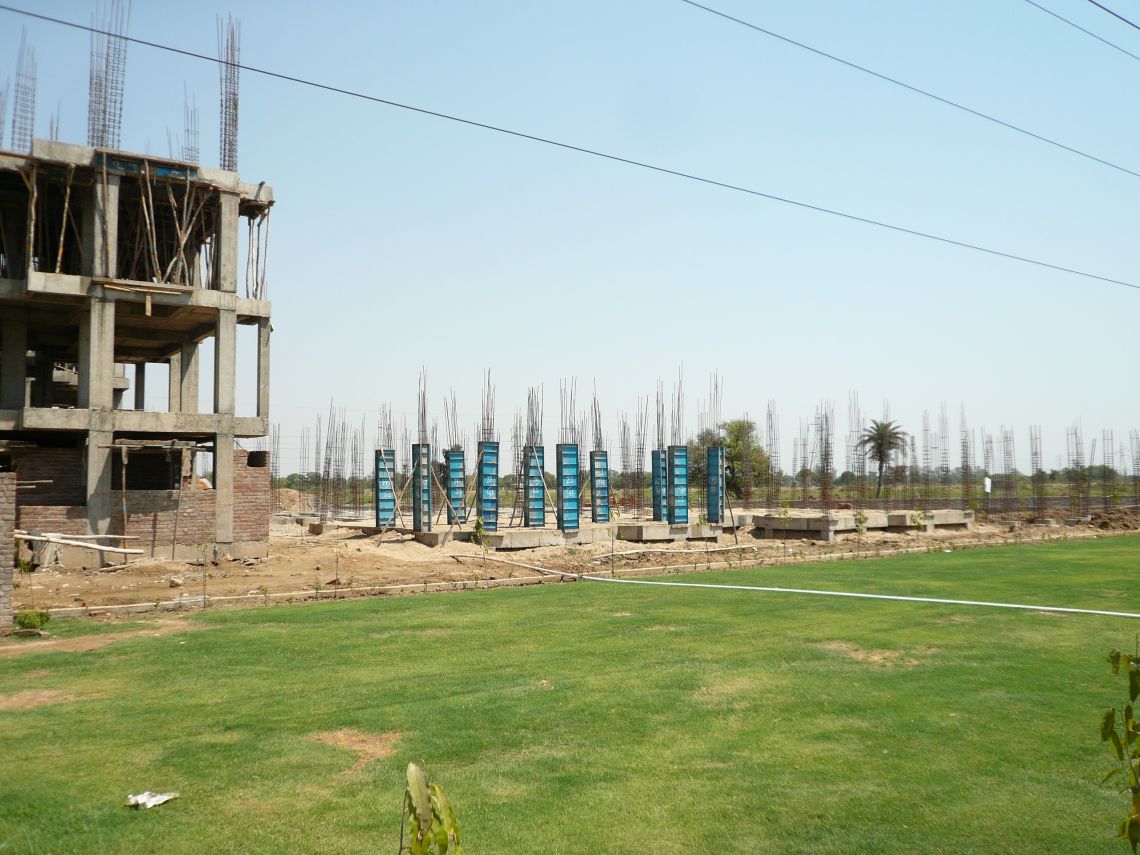 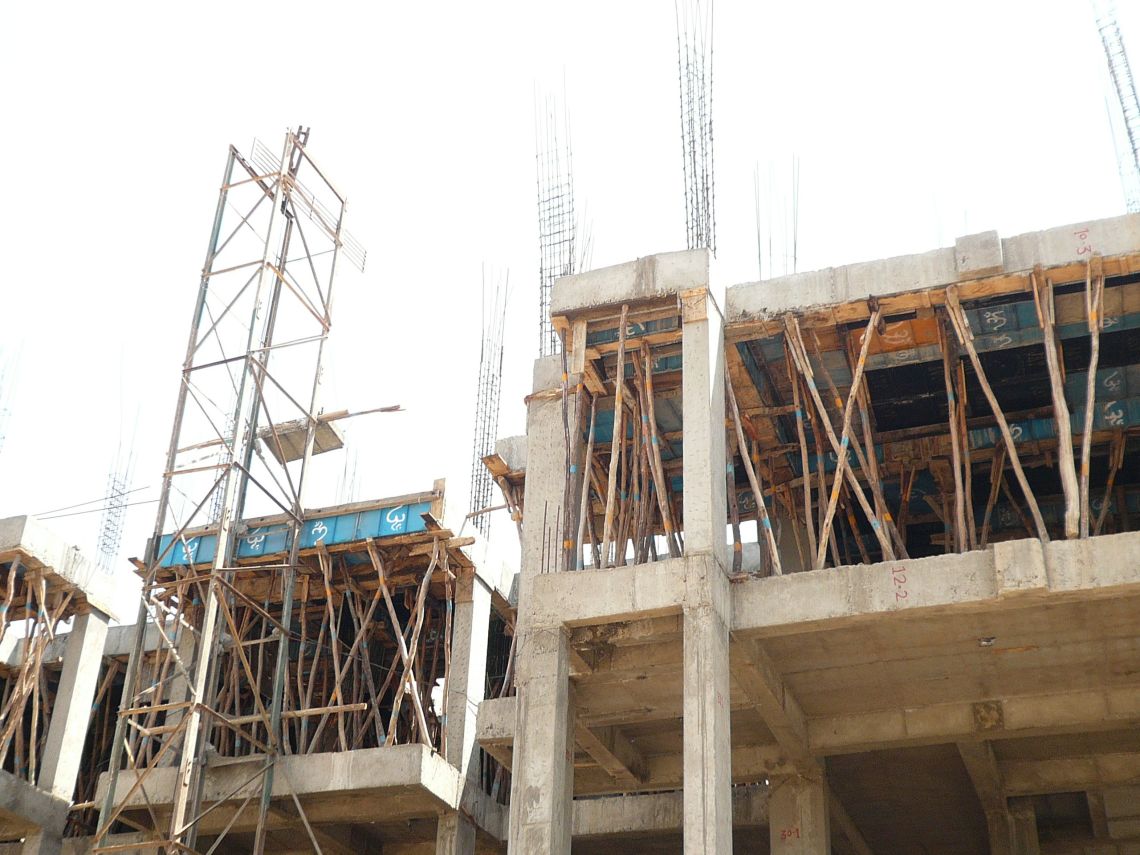 We spent most of the last week in Ahmedabad, the dynamic capital of Gujarat, which is developing just as fast as any other major Indian city today. In spite of the wide availability of land, real estate prices are shooting up in most parts due to the speculative bubble that is currently affecting India and boosting its economy.

Alexis de Ducla, a 28-year-old affordable housing enthusiast who currently heads a special research project at Lafarge, a large cement company invited us to meet Bijal Bhatt, who heads the Mahila Housing Trust (MHT) –the housing and planning wing of SEWA (Self-Employed Women’s Association). MHT wants to start producing affordable housing for its members. This is a first for the organization, which has been focusing mostly on slum upgrading and advocacy till now. They have asked us to offer recommendations that could help them achieve their objectives.

We visited a few social entrepreneurs and developers in Ahmedabad, including the up and coming to DBS (Affordable Housing Strategy), a startup that is currently developing a 1400 flat housing project in south-east Ahmedabad. Flats are 22 sq.m to 62 sq.m and sell from INR 3.29 lakhs to 8.25 lakhs ($7,400 to $18,400), which is well below the market rate. For this project they have collaborated with SAATH a non-profit organization who’s goal is to create inclusive cities.

We interacted with people involved in various parts of the affordable housing production chain, including end users. The buyers we met were all looking forward to moving to a new house and neighbourhood, which would give them with better social status. A few of them mentioned that they were doing it for the children who were growing up and needed a better environment.

Many said that trust in the developer was an important factor in their choice. They started paying for the apartment years before the completion of the project and based their choice on the plans and brochures they were shown. Most wanted a ground floor apartment so they could park their vehicle in front and also open a small shop.

The developers we talked to said that the demand is so strong that it was hard for them to keep a cap on profits. To reserve a flat, buyers first have to deposit money on a bank account and apply for a loan. Rather than the total price of the flat, many affordable housing buyers are looking for loans with smaller EMI (Equated Monthly Installments), of less than INR 10,000 a month, which they feel they can repay, even if that means paying for the flat a few times over.

While some affordable housing developers have a clear social agenda, it is not so easy to help the poorest entirely through market mechanisms. The cap on profits, even at 20% or 10% doesn’t guarantee the fulfilment of the social objective. In some cases, it simply amounts to sharing the profit with the buyer. That seems like a good thing for the buyer, but it could also drag the market price down artificially, forcing other builders to lower construction cost (and compromise even more on quality) to retain their existing profit margins.

Moreover, buyers of affordable housing are not always those for whom the product is intended. A builder reported that Gujarati friends from Canada and the US wanted to buy 100 affordable flats as an investment. Even with a strict screening of the buyers and provisions forbidding them from selling for 5 to 10 years, many flats end up being sold anyways. A lot of the housing market in India is underground and unaudited. It is the biggest money making and money laundering system in the country.

If affordable housing is so fashionable these days, it is not so much because it serves the needs of millions of poor people. It is rather because the market for middle-class and upper-middle housing is quickly saturating and overheating. Tens of thousands of upper-end flats are going unsold in Ahmedabad and Mumbai. Tens, maybe hundreds of thousands more are empty, owned by distant investors who have no intention of renting it to anybody. Many investors prefer to buy (or better build) and sell fast, before their property deteriorates. Unused flats have a higher exchange value because they are more fluid on the market. Affordable housing is indeed often turning into affordable real estate investment.

The saddest part of the story is the construction of countless cheap buildings all over the country that are not built to last. They quickly deteriorate and become costly to maintain. The developer is out of the building as soon as all the flats are sold and the responsibility for maintenance and repairs falls on all flat owners.

Affordable housing builders are betting on two things: fast turnover and the scaling up of their operation. This is why they are ready to lower their profit margin. But even then we heard buyers complain that the price of the same flat was always changing in response to the demand. This produces a highly unstable and risky market that is disproportionately based on the exchange value of housing, rather than on its use value. The result is a housing stock of extremely poor quality, which cannot really be said to contribute to the betterment of society.

A possible way out of this dangerous dynamic is to re-conceptualize the house as a process, rather than as a product. We have observed in Dharavi and many other habitats that were not planned nor developed by professional real estate developers, that a house is never just a house. It is also a tool for revenue generation, whether it is through renting, production or commercial activity. Moreover a house is never quite finished. It is always improving and being adapted to new needs. This cannot happen in mass housing. A large building can never improve over time.

The economy of construction itself is important. When a resident of Dharavi needs to fix his water pipes, he goes to a local contractor who has knowledge of the water system. If he needs a new roof, he asks a mason from his community, whom he trusts. The money invested stays in the neighbourhood. The proximity with contractors allows the incremental development of entire neighbourhoods. Building an affordable house is a process that combines economic development and finance with construction in such a way that they cannot be dealt with in isolation of each other.

The pot of gold at the bottom of the pyramid certainly lies in a new understanding of how finance and architecture can be combined. This however, will not solve the real problem of so many social entrepreneurs. There will always be a hard line below which the market cannot reach, these are the most needy (and perhaps numerous) people all around the world. Rather than trying to push the market down to impossible levels to try and reach to the poorest while satisfying the social imperative of social entrepreneurship, it may be time to think about value generation from a totally different perspective. And this thinking can only emerge from the ground-up.