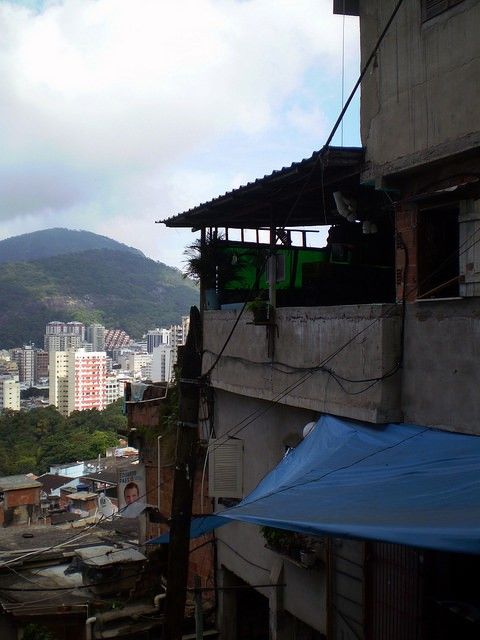 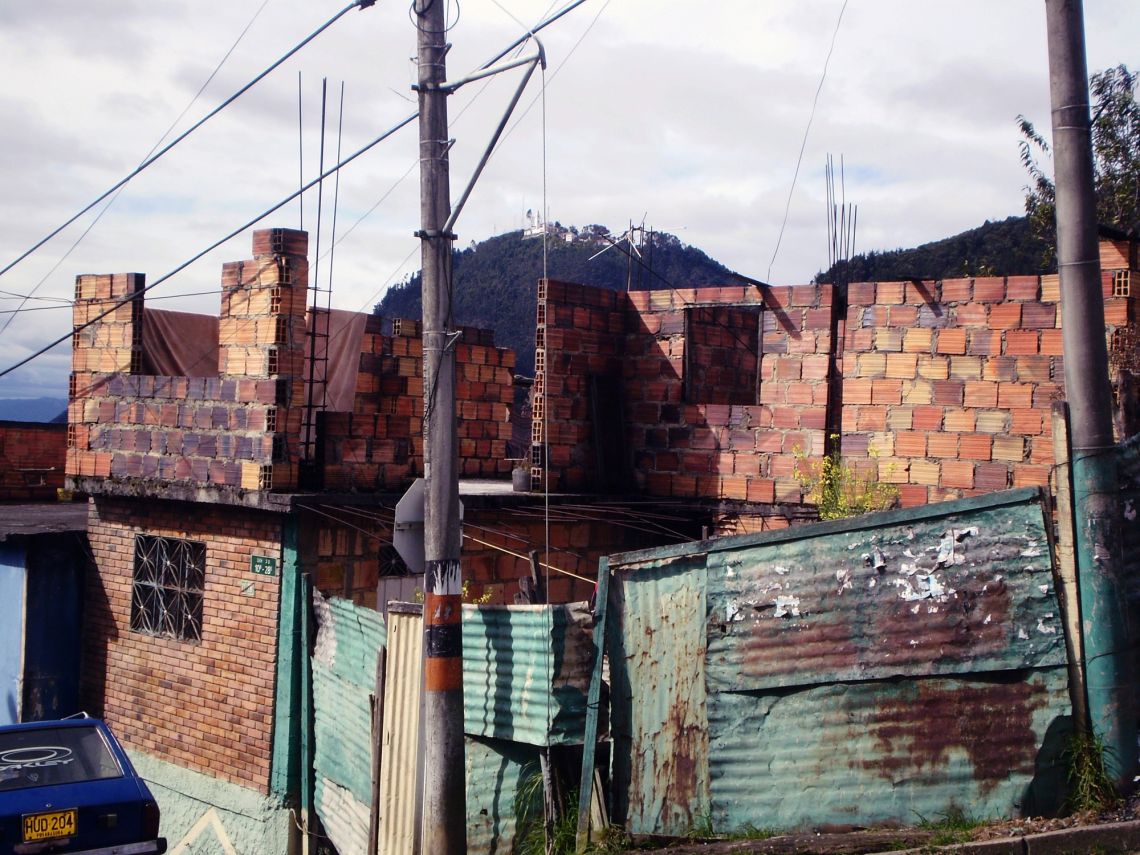 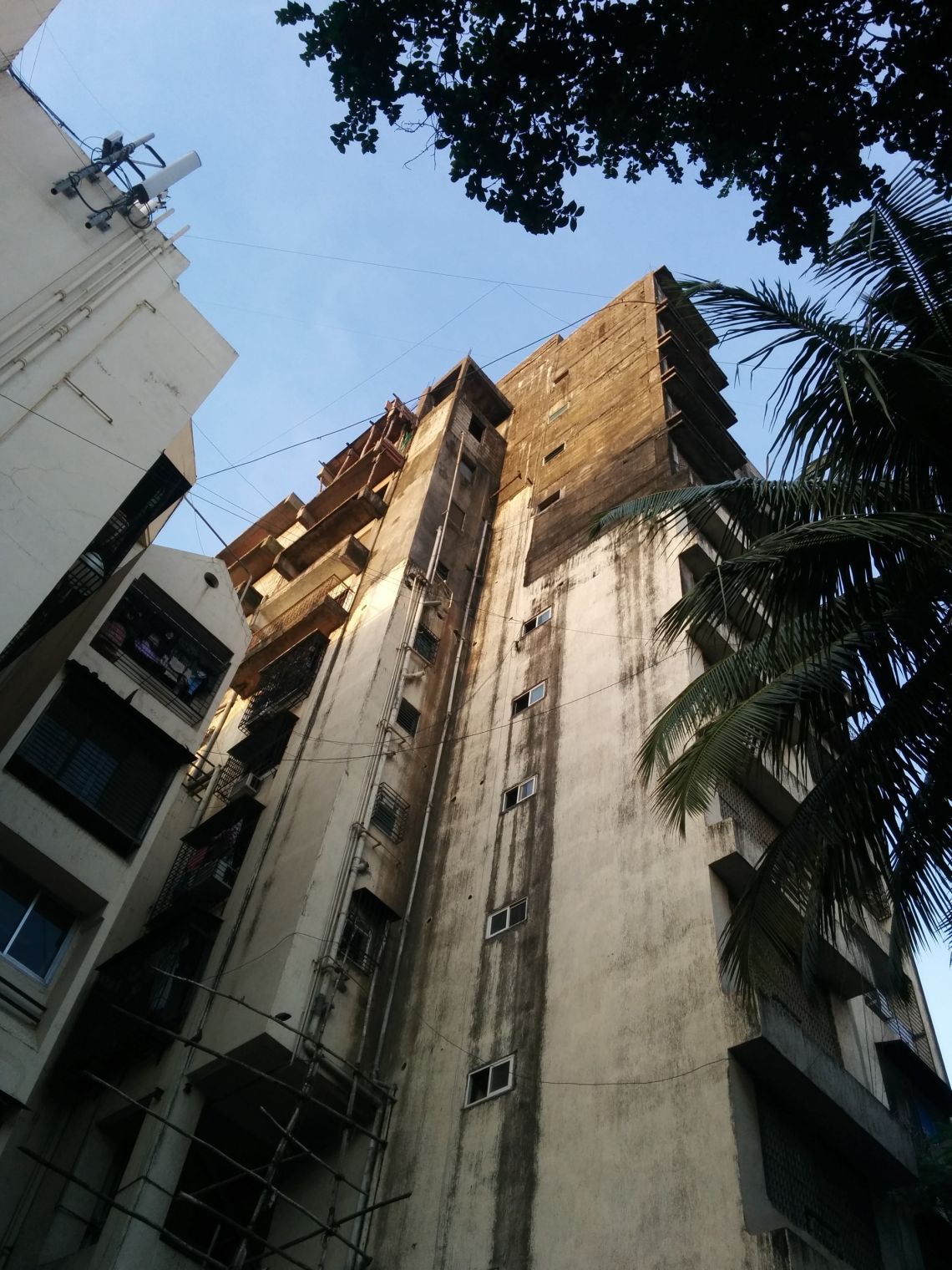 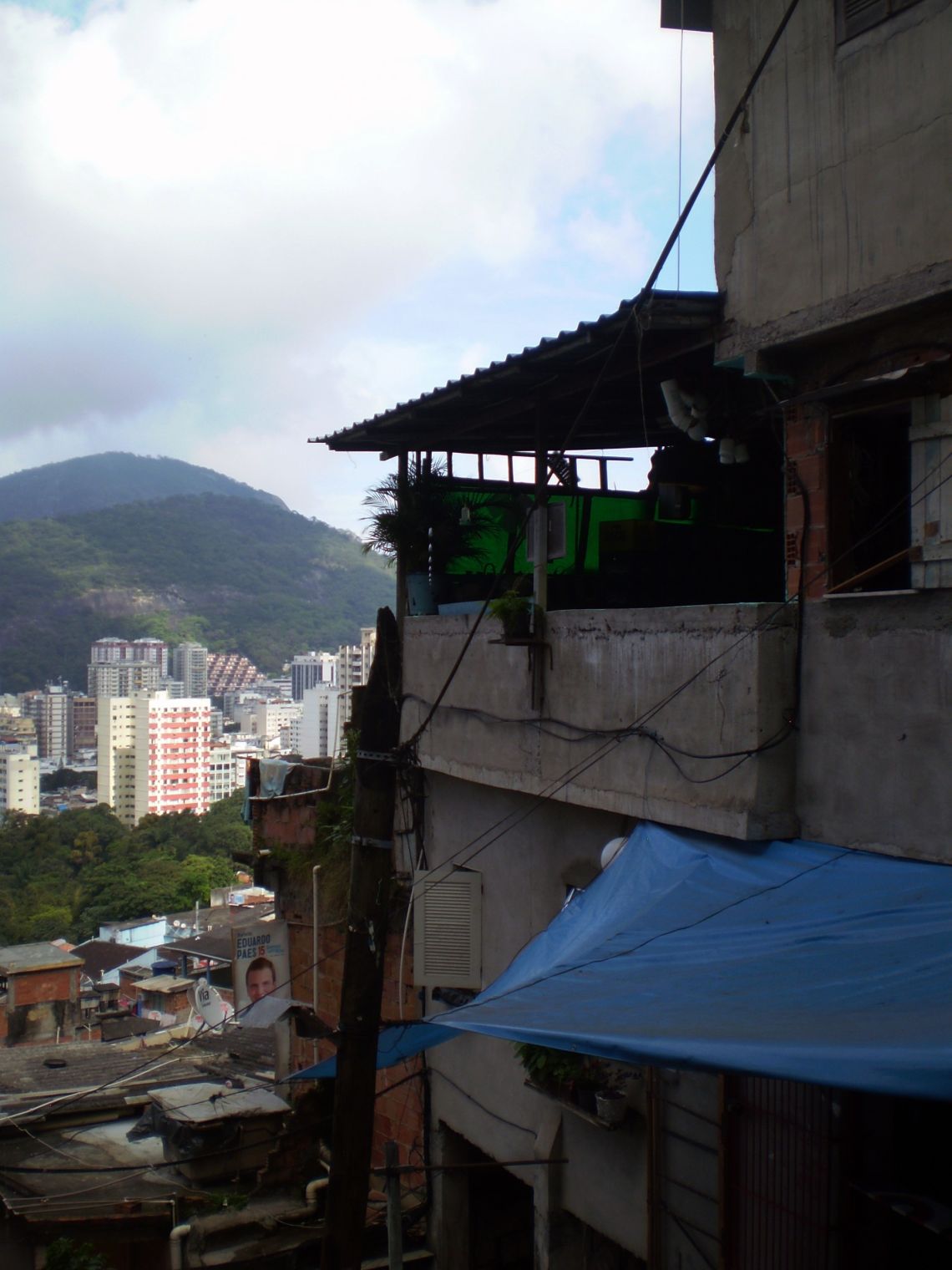 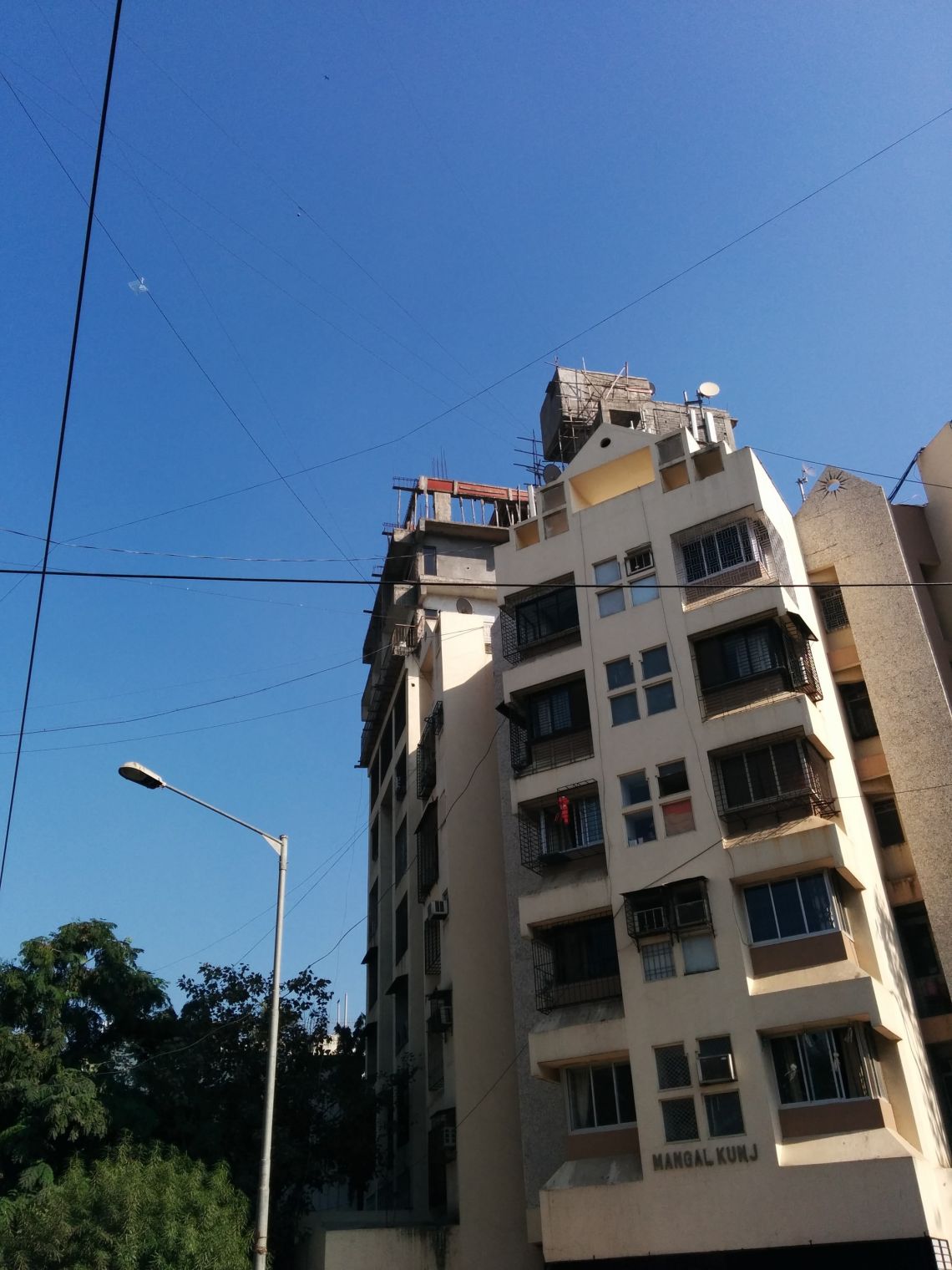 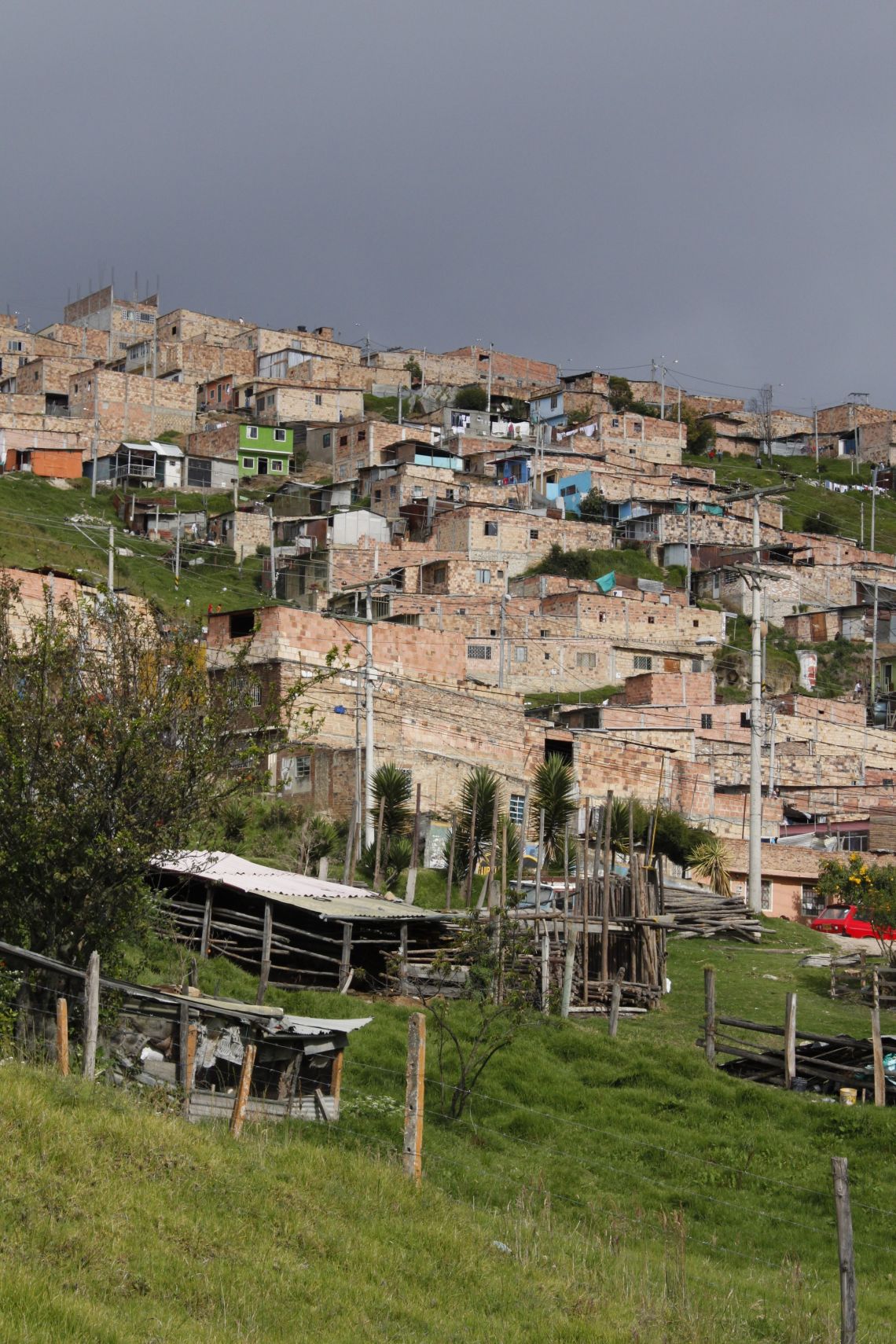 Perched behind the fog that conceals Bogotá’s mountains is William Oquendo’s house. It is a labyrinth of doors and windows wherein a bedroom opens into the kitchen and a bathroom vents out into the living room.

5,000 kilometers away in Rio de Janeiro, Gilson Fumaça lives on the terrace level of a three-story house built by his grandfather, his father, and now himself. It’s sturdy; made out of brick and mortar on the ground floor, concrete on the second, and a haphazard combination of zinc roof tiles and loose bricks on the third. The last is Gilson’s contribution, which he will improve as his income level rises.

On the other side of the world in Bombay (Mumbai since 1995), houses encroach on the railway tracks, built and rebuilt after innumerable demolition efforts. According to Suketu Mehta in Maximum City – “The physical landscape of the city is in perpetual motion.” Shacks maybe built out of bamboo sticks and plastic bags; families live on sidewalks and under flyovers in precarious homes constructed with their hands. And while Dharavi has better quality housing, running water, electricity and secure land tenure, this is not the case for most of the new migrants into the city.

Bombay has experienced a recent wave of mass urbanization as India’s population shifts from rural to urban. New settlements in Mumbai are set to follow the same course as Latin American slums, which have grown throughout generations. However, the city’s density—20,000 people per square kilometer as compared to Bogotá’s 4,600 or Rio de Janeiro’s 5,200—will require an innovative form of progressive development. As Mehta notes, “there isn’t enough space for everyone to be [in a house] at once, except when they’re all sleeping[, and] body movements are kept to a minimum.”

In a country that is less than 30 percent urban, Bombay provides a home to villagers who move into the city and recreate the village. Inevitably then, community is the greatest asset of informal settlements. It provides a safety net for vulnerable populations, which does not depend on the willingness of government but on a self-regulated mechanism of mutual support. And, given that the incoming urban dwellers have not yet caught up with the speed of the city’s transformation, it is the closest link to the village—the slum is the village within the city.

Bogotá on the other hand—like most South American cities—experienced urban growth with the highest wave of rural migrants settling in what were then emerging squatter settlements. Soaring numbers of new urban dwellers in such a short period posed the challenge of providing adequate services. Informal settlements flourished and temporarily alleviated the housing crisis, yet still today one out of every five urban residents in Latin America live in favelas, invasiones or barrios, as they are locally known. Initially illegal and quite precarious, many of them have gradually become consolidated communities successfully incorporated into the urban fabric.

Stemming from the informal nature of the development of cities, urban transformation in South America and South Asia is a process entirely dependent on time and money. From squatters to township developers cities grow progressively, responding and always adjusting to the immediate needs of a community.

When I first landed in Mumbai I moved into the top floor of Mangal Kunj, a building in the upmarket suburb of Bandra. We rented the penthouse apartment of a fairly new building that was no more than ten years old. The elevator had buttons to a twelfth floor and we assumed that it must have been purchased at a bargain price, given there were only eight floors. One morning, as I rushed out to start the lengthy commute, the elevator screen read “9”. Soon enough, contractors pounded on the roof bringing up bags of cement and shipments of brick.

Three months later, the former penthouse of Mangal Kunj is sandwiched between the original building downstairs and the construction work that leads up to the ninth, tenth, eleventh, and twelfth stories.

A similar instance of progressive development happens in New Delhi at Ashoka University, an Ivy League-style liberal arts college. Phased construction requires buildings to be planned in stages and for different purposes. Not only must they seamlessly adapt from academic to administrative use, but they will also grow taller throughout time. A building today will have six stories; five years later it will have twelve. The culture of ‘village-cities’, the rapid urbanization, and the sharing economy make it so that there is constant adaptation.

William’s house will soon have a fourth story, and Gilson Fumaça will consolidate the third floor of his favela home, making way for a new terrace level above. Mumbai slum dwellers will substitute plastic roofs for firm tiles and replace bamboo sticks with brick walls. Other buildings like Mangal Kunj will construct their fourteenth and fifteenth stories, while Bogotá will continue to see steel rebars protruding out of the tops of houses, ready to rise another level with the birth of a child or after the promotion of a family member.

While New York and London house the people that move from city to city, all acquainted with the etiquette of an urban lifestyle, Bogotá and Bombay are cities of villagers on the road to urbanization. They serve as an initial step in the transition between the countryside and the metropolis; undeniably the most drastic leap. Families move from the fields to the shacks, and from there to middle-class neighborhoods; from Jogeshwari to Mira Road (Mumbai), and from Cazucá to Nuevo Usme (Bogotá), people on opposite sides of the planet gradually embrace a new way of living.

As village-cities evolve into global cities, architecture must cater to the need for continuous reinvention. Design is a broader understanding of a context, beyond aesthetic considerations and immediate spatial relationships. It is the intimate relation between people and place; an unpretentious response to complex urban problems. A lesson can be learnt from the nature of progressive development in cities like Bogotá and Bombay; it is essential to acknowledge intrinsic change and not counter but complement it.

Post Submitted by Laura Amaya, a Spanish-born, Colombian-raised, and US-educated architect and urban thinker. She has spent time in Italy, and done extensive research on Latin American urbanism as a Cornell University research scholar. She now lives and works in India, and is fascinated by the enhanced relationships between people and place through the transformation of the physical environment.