A town which has roots in the Neolithic Age struggles with the ups and downs of modernity. (The Hindu 09.12.2018)

How did one of the oldest cities in the world go from being the shame of Italy to a glorified capital of culture? Matera, in the Basilicata region of Italy was described as a ‘schoolboy’s idea of Dante’s inferno’ by Carlo Levi in a memoir describing the living conditions of people in this region, where he was sent in exile as a punishment for his anti-fascist activism. His writings and paintings ultimately led Italy’s postwar government to close down the city, forcefully relocating residents into mass housing built nearby.

It is only in recent years that the city reemerged as a historical wonder. People are now allowed to buy homes in Matera on the condition that they renovate them.

Slowly restaurants, guests houses, and shops have opened, in the hope that the city’s growing fame would attract tourists and generate income (Mel Gibson shot part of The Passion of the Christ there). In 2019, Matera will be the European capital of culture.

There are few cities in the world that create the same sense of historical vertigo as Matera — Varanasi, Rome and Jerusalem come to mind. What they have in common, is how their historical contexts wrap them like a second skin.

In Matera, where people lived in caves carved in the hill over centuries, the fusion between landscape and settlement is particularly stunning. Now that the city is fully gentrified and retrofitted with infrastructure, no one would ever think of it as a slum, which it was very frequently referred to in the past.

Most homes are extended caves, which open to a maze of streets and terraces that defy the wildest urban fantasies. Yet, it took decades for Italy and the world to recognise the perplexing beauty of Matera.

This human artifact of major significance was not built by one architect, but generations of anonymous inhabitants over thousands of years of history.

This human artifact of major significance was not built by one architect, but generations of anonymous inhabitants over thousands of years of history. It is striking that the same organic architecture that was once seen as a symbol of underdevelopment and misery, is now celebrated by Unesco as world heritage.

The idea of people ‘living in caves’ was incompatible with postwar Italy’s self-image as a modern country. When Carlo Levi wrote Christ Stopped at Eboli, he was denouncing the condition of peasants in rural Italy, not any specific typology.

It could well be that those who lived in caves, may well have been relatively better off than landless peasants in the rest of the region. In fact, the inhabitants of the caves physically resisted forced evacuation for years.

In the 1950s, the then prime minister Alcide De Gasperi called Matera the shame of Italy and started a crusade against this allegedly backward habitat. Ironically, the modern housing blocks where the inhabitants of the ancient quarters were relocated now look quite miserable in comparison to the revamped historical core.

If they could have erased all traces of the settlement, they probably would have

What is fine now as heritage, was then absolutely unacceptable as a habitat, when the one-dimensional race to ‘development’ dominated. In that approach, retrofitting modern infrastructure and helping people improve their living conditions was not an option. The only way ahead was to force people into mass housing against their will. For Matera it meant physically turning the entire settlement into a forbidden city. If at that time they could have erased all traces of the settlement, they probably would have. Thankfully, you can’t quite bulldoze caves so easily.

One would have thought that this kind of brutality belongs to the 1960s. The sad truth is we continue treating habitats and inhabitants in exactly the same way in many parts of the world. In India, where people living in dense contexts can be found in old and new settlements teeming with humanity, little attention is paid to the fabric and typologies produced indigenously and spontaneously.

There is often unrecognised potential in settlements that fail to meet our modern fantasies.

Here also the solution seems to be to push people into mass housing by suppressing the neighbourhood as a shameful memory.

We can certainly learn something valuable from Matera’s millenary history and its controversial entry into modernity — there is often unrecognised potential in settlements that fail to meet our modern fantasies.

This article was first published in The Hindu on December 9th, 2018. 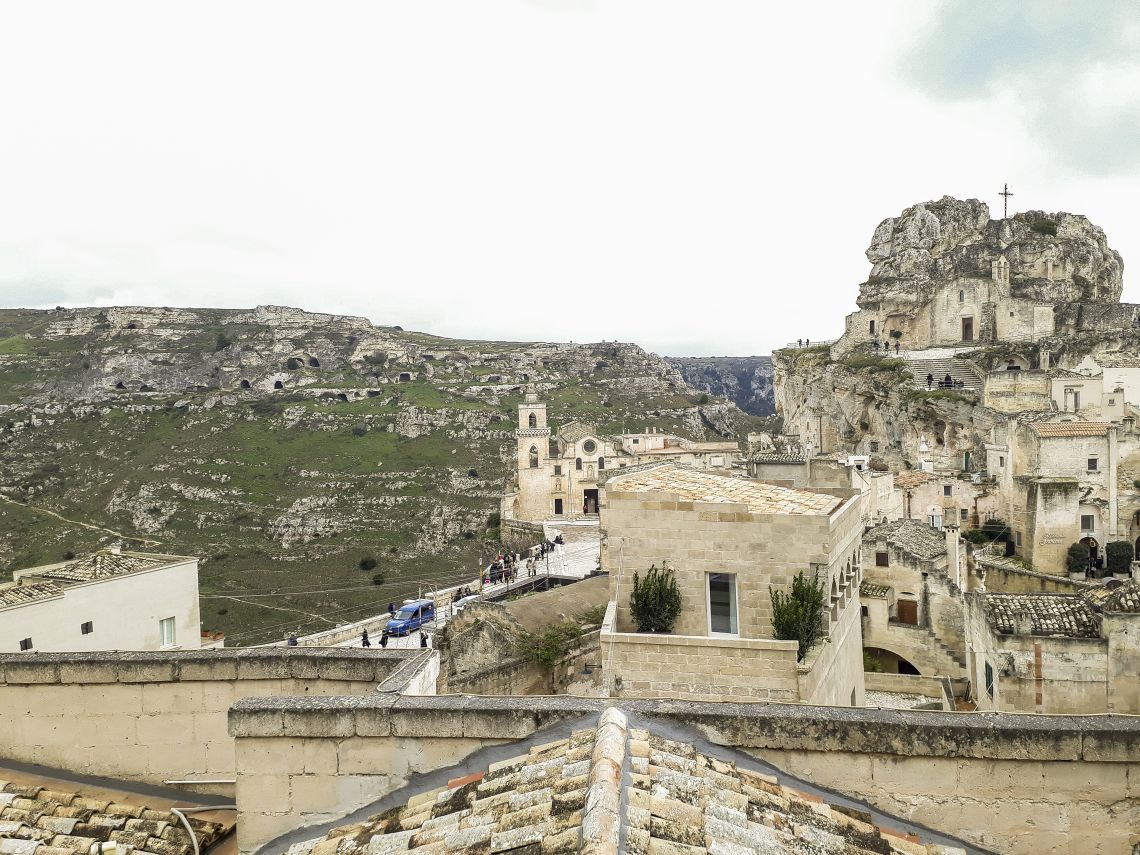 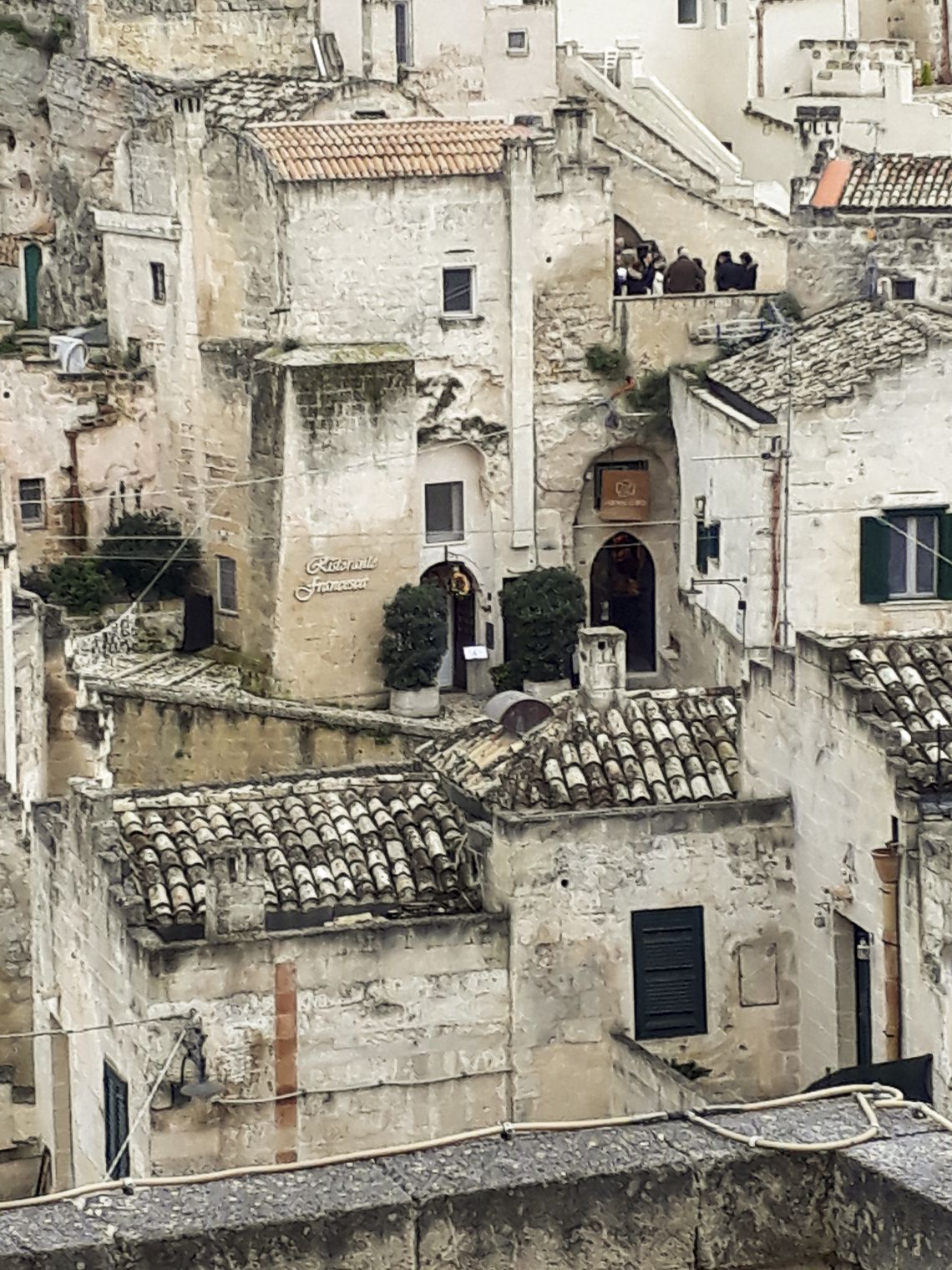 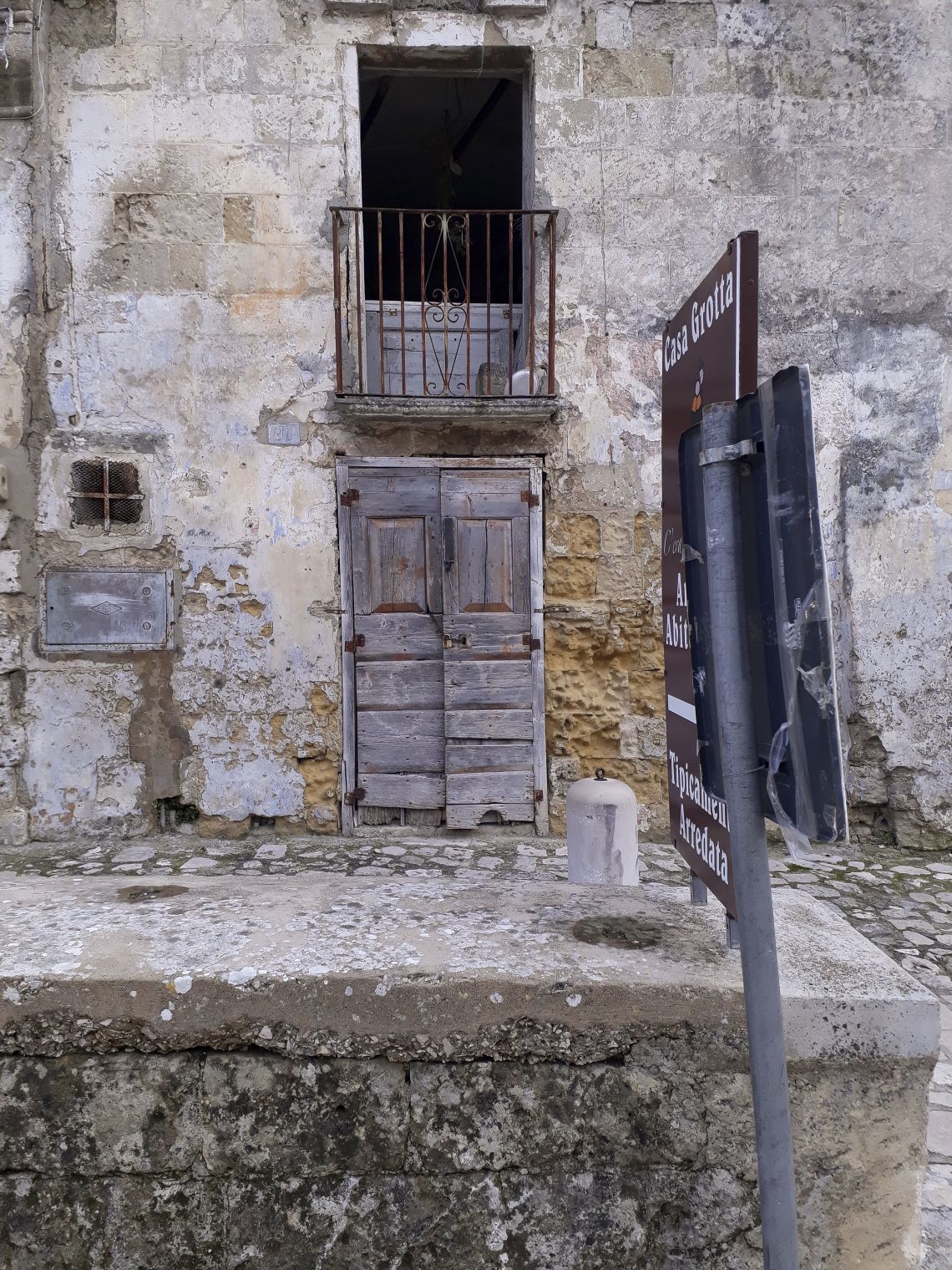 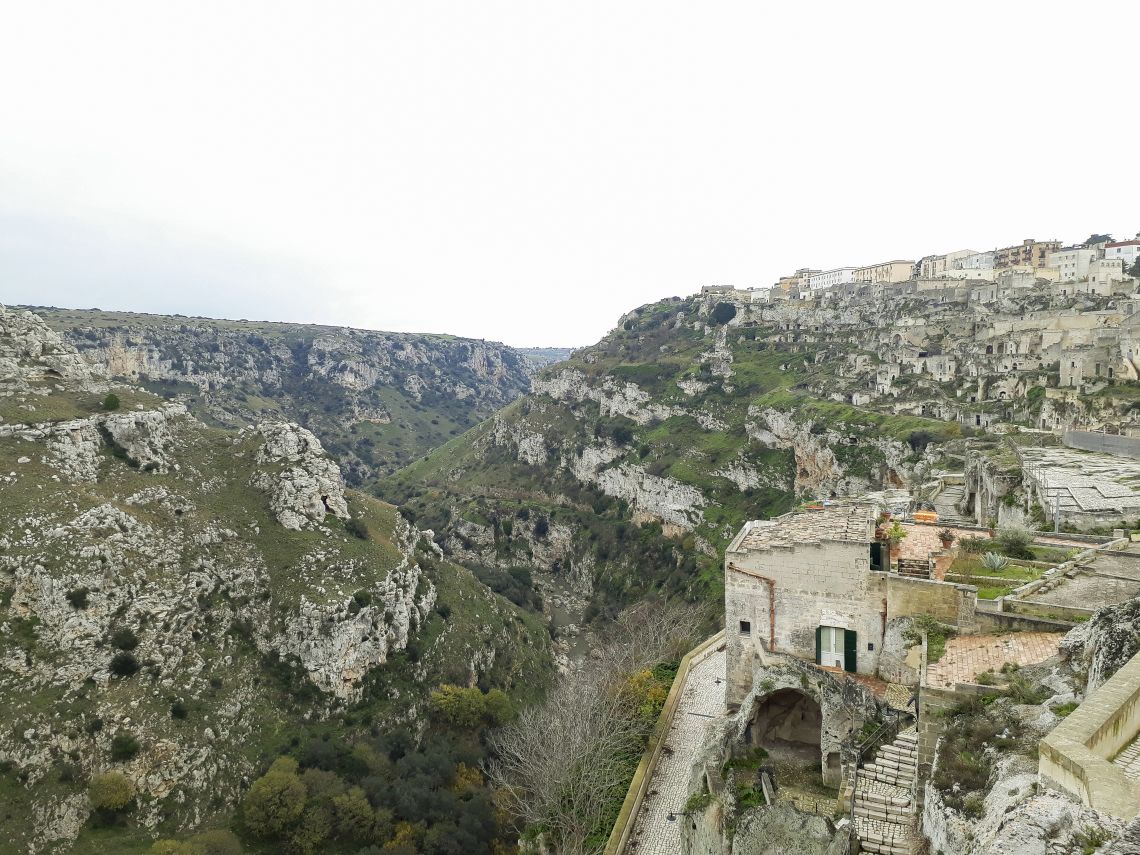 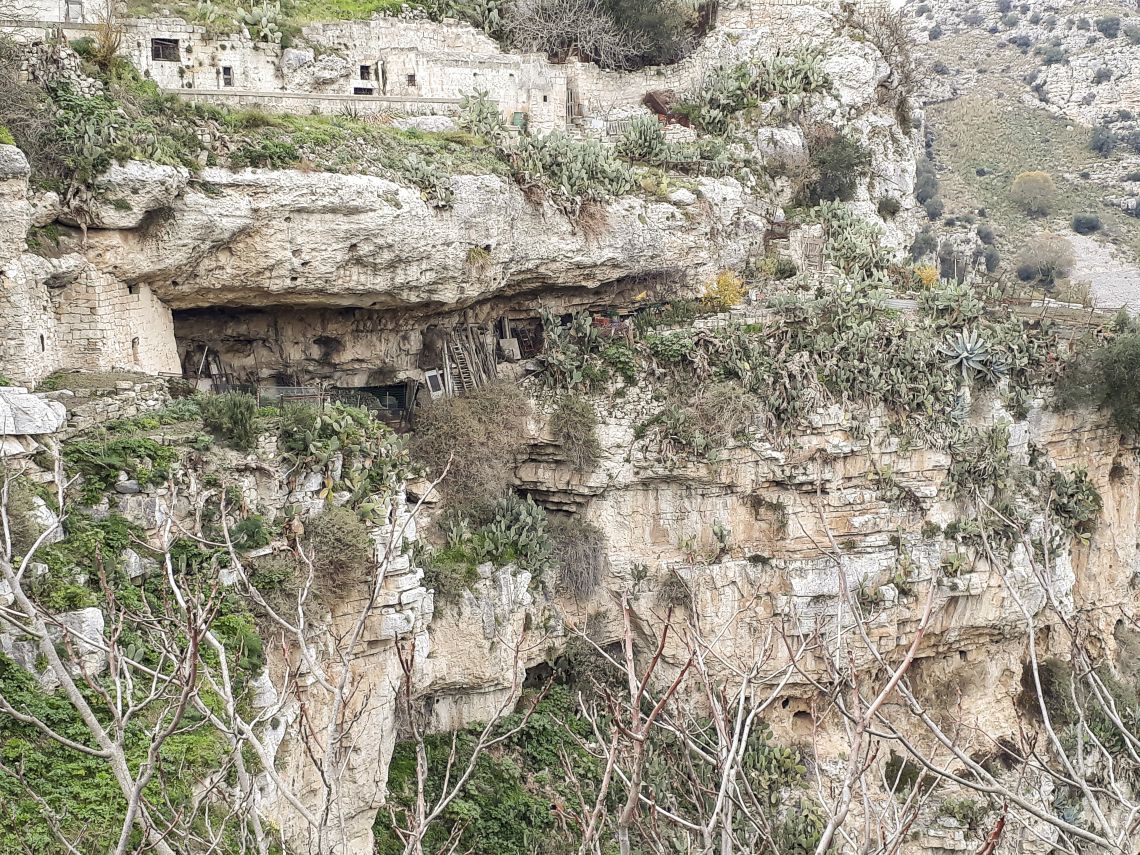 Matera - all photos by Giona Mottura.