Our previous blogs document how food and food habits bring people together. We believe it is among the things that define India. The passion and excitement for food is most evident in the widespread culture of street food in India. The street food stalls here are a diverse display of cuisines from junk food to a traditional Indian thali, from dishes of south to north and east to west, from Indian to Western dishes and all the in between variations, modifications, experiments and evolutions.

The street food culture, apart from satisfying the gastronomic cravings, is essential to livelihoods and economic safety of thousands of families. The functioning of this informal economy is a wonder. They generate spaces of livelihood, consumption, interaction, recreation and socialisation, and add aesthetics to our streets. This culture and such spaces are found in all the Indian cities, from a small town to a big metropolis like Mumbai.

Mumbai is famous for its street food culture offering a variety of dishes, snacks, desserts, fruit, and drinks served in the street satisfying everyone’s needs and tastes. Inarguably, all the Mumbaikars (and Indians) have their street food habits and they find happiness in these spaces. Barring a few exceptions, the street food stalls cover the entire city, every neighbourhood, and every busy street. Some strategic areas are popular and more profitable for vendors (because of the regularity and frequency of customers) such as the train stations and spots near office buildings. To study this vibrant culture we observed and interviewed street vendors in Sadanand Hasu Tandel Marg in Prabhadevi.

It is an unpaved alley bypassing four apartment buildings, to arrive at a sort of dead end, with a narrow passage through informal houses, hosting a large majority of migrant workers from the south. These four twenty-storey buildings are resettlement housing where the residents of the basti were given housing in compensation for the land taken over by the twin towers[1].

Lakshmi, one of the vendors we interviewed, lives in one such building with her family: parents-in-law and two sons. She started a South-Indian breakfast (only Idli and vada with sambar and two chutneys) business a year and a half ago- following the death of her husband and the loss of the breadwinner of her family- for earning a steady income to ensure a decent living for her sons, aged below 6 years. She had tried working as a labourer and in an office but decided against such jobs as they didn’t give her the freedom to operate on her own terms and with kids being very small, she needed flexible hours. In her words, the best part about this job is that she is her own boss: she can be home, when needed, to take care of her kids and she can take holidays as and when required. Moreover, this freedom is possible also because her stall is just below her building.

Additionally, she never has a problem of wastage or leftovers, therefore, no loss in the business. She buys her supply on a daily (for vegetables) and weekly (for the rice and grams) basis, and prepares the batter at home in the evening, with an electrical grinder. Her supply of grains comes from nearby shops while the vegetables, spices and condiments for the sambar and chutney are bought from either the Sion Koliwada market or the local vegetable vendors depending on the needs and time. These basic ingredients are not very expensive. By selling 80 plates per day, which represent cooking 240 idlis and vadas a day, she earns around 1600 rupees per day.

Her parents-in-law support her work: her father-in-law built the stall and her mother-in-law helps her in taking care of the house, the children, and cooking the meals. Her stall is a simple installation with bare necessities: an awning of bamboos and a plastic tarp, and a stand to keep her stock and wares. She does not pay anything for the space she uses. On our first visit, she said that she very rarely had troubles. However, a week later the wooden structure had been taken down by the BMC. The reason being the construction of the water service for fire hazards. Her stall was located just beside it. She replaced it with an umbrella temporarily and the officials said they’d build her a new structure once the maintenance was done.

A little ahead on the street, there are more food stalls from another idli place to a Chinese food stall to vada pav and samosa, aaloo paratha, thali, etc. ending with a sugarcane juice stall.

The paratha stall is very popular in the neighbourhood and a new resident directed us there.  The stall is composed of one large table, displaying every utensil and component smartly, arranged to facilitate the rapidity of movement of the workers (not unlike a capitalist processing line) needed in peak hours- the lunch hours. Observing them during the peak hours, you would see a choreographed and coordinated sequence of paratha production where every movement is calculated, rhythmic and rapid. The whole process from making to serving and selling requires four people. The paratha stall also has a side stall selling omelettes with one person. The price of a plate is Rs. 15 for 1 paratha with bhaji, and 30 for a paratha and eggs. At midday, they serve around 70 plates in one hour.

The five people working here each earn different salaries, from Rs. 15000 to 8000 a month, based on their experience and work. Bharat, our main interviewee, is from Bihar and has been working here for the last 2 years, making Rs. 12000 per month (400 a day); he had started with a lesser income and wiping, cleaning and serving work and now he’s the main cook.

Next to the paratha stall, there’s a samosa and vadapav stand, owned by Umesh who also owns the sugarcane juice stall 5 meters away. The sugar cane stall is registered with the ULB and thus legal, but the food stall is not and comes with the added implications of being illegal[2]. A decade back, he used to work in a printing press. When asked which work he prefers, he replied ‘sab kaam ek jaisa hota hai, har kaam mein kadi mehnat karni padti hai” (every work is the same, and requires hard work). Although, he makes a better living here, has more freedom despite the constant threat of eviction and he gets to feed people.

Street food is suited to a Mumbaikar’s way of living. Workplaces being long distances from home for most of Mumbaikars, the concentration of street food vendors near train stations or workplaces (office towers) are essential. They fit with the hectic pace of labourers, workers, businesspersons, students and others. They shape the public space. It is common to see public furniture installed by street vendors: a bench, a light, a bin, etc. Vendors have claimed the in-between spaces to create a space for people to eat, meet, exchange and interact, at an affordable cost. The vendors represent a potential for social capital in a big megalopolis, catering to every social class, caste, or religion.

Moreover, they are an example of the resilient mode of a collective economy evident in the close connection between each stakeholder, the solidarity between them and the capacity of working side by side. The resilience to hazards is attributable to their capacity to adapt, diversity of options to choose from, and low consumption of resources and energy. A majority of them have a regular routine of grabbing and packing things under a minute and hiding from the officials, giving them the resilience.

If something can be argued against the street vendors, it is that most of them are not offering the healthiest, hygienic, or sophisticated food, which is one of the reasons why some people have stopped eating from street vendors and diverted their habits towards other food places such as fast food restaurants. Still, the majority have faith in it, others are indifferent to it, while some do not have any other option, and for some these places are a way to relax. In short, the Indian street food industry is a genuine food consumption pattern making up a social, lively, inclusive and organic city fabric. This needs to be acknowledged and preserved to prevent its death in our drive to make world-class cities and the rapid urbanisation and gentrification of cities. 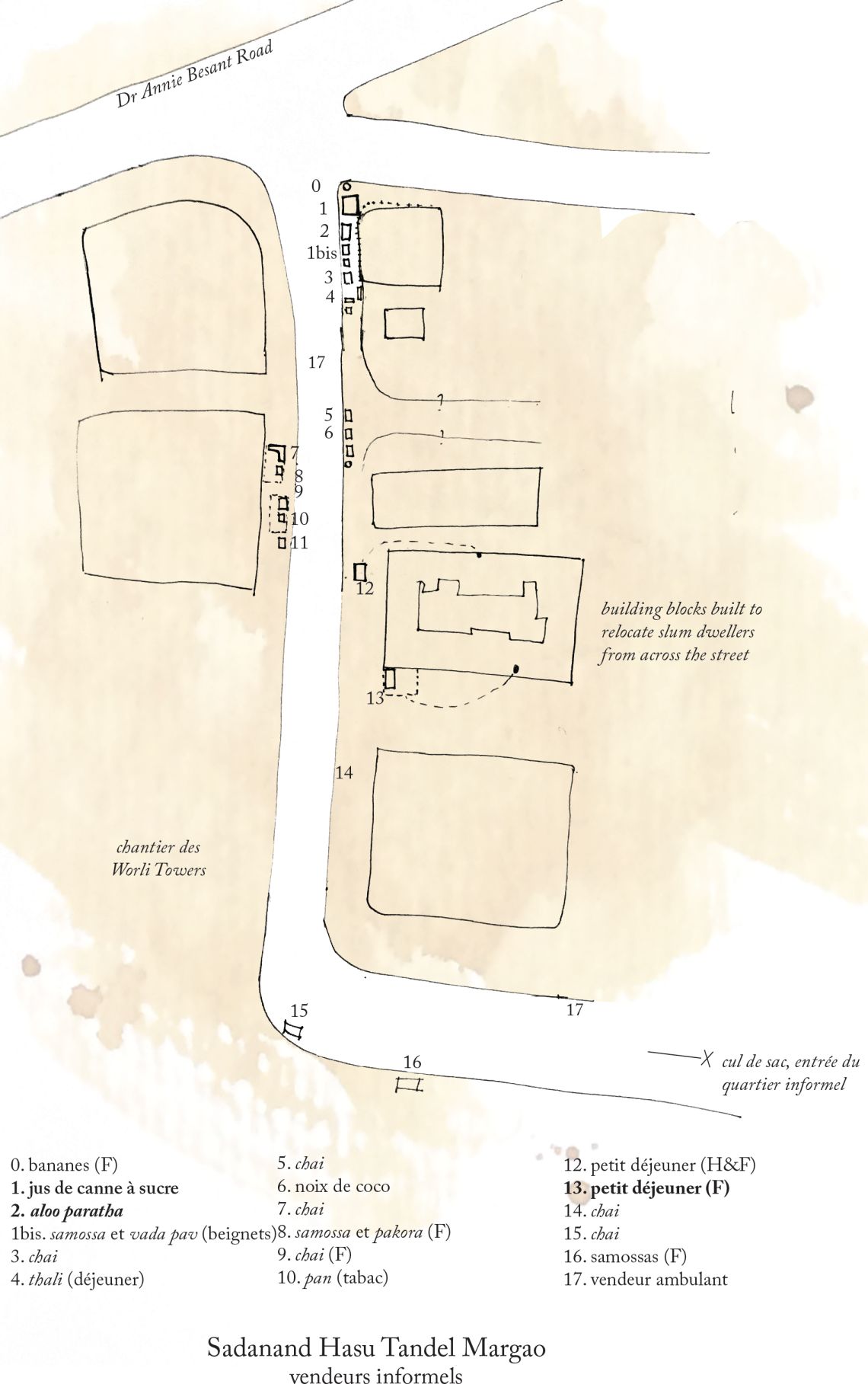 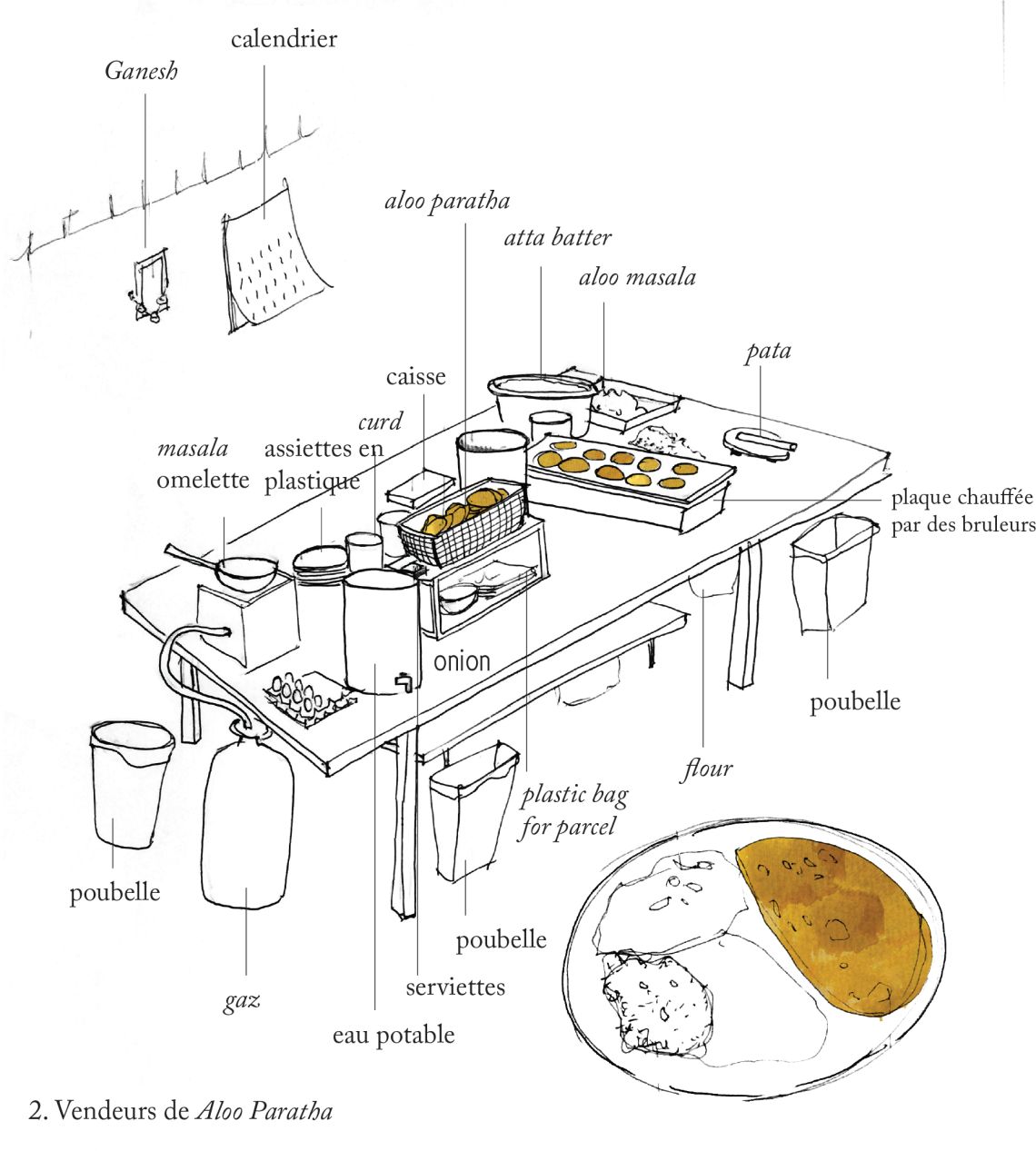 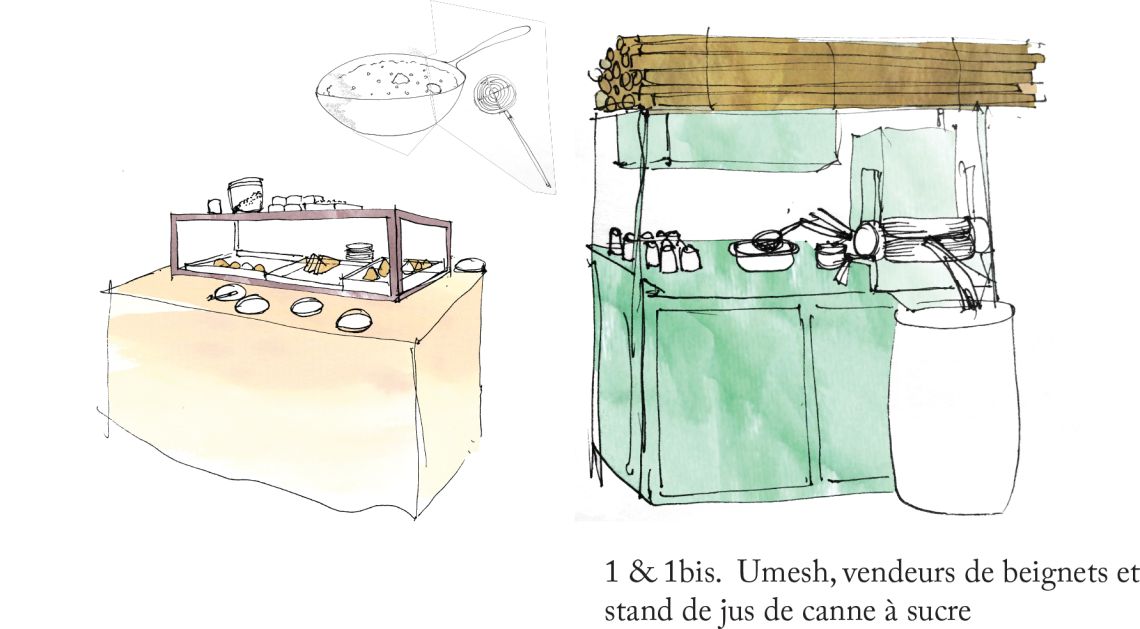 From Caracas to Mumbai